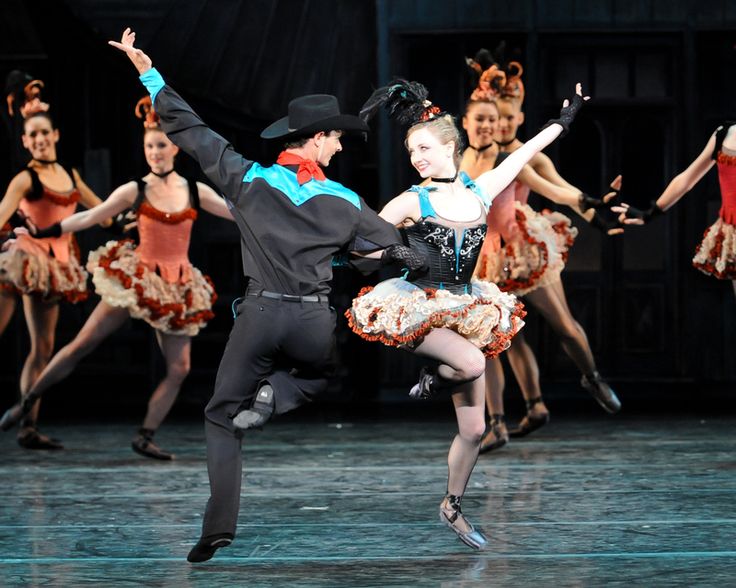 George Balanchine was fascinated by the American West and made many trips there.  He often wore western style clothing – plaid shirts, string ties, and frontier pants, which we might describe a loose fitting khakis.  Since New York City Ballet was not a wealthy organization in its early days, the 1955 premiere of Western Symphony had the men wearing this favorite outfit of Balanchine’s for their costumes.

Balanchine commissioned the composer to write the music.  It took a couple attempts before Balanchine was satisfied.  They settled on a group of twelve popular songs that we would consider “cowboy” songs such as “Red River Valley” and “Good Night Ladies.”