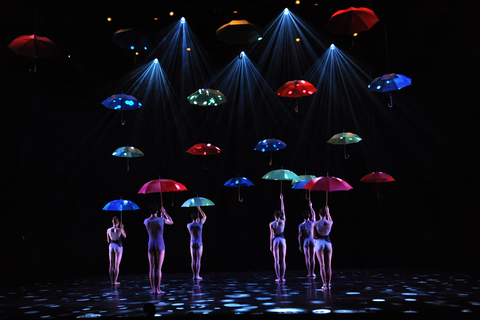 Without even thinking about it, most Americans can whistle a George Gershwin tune—whether it is the smooth and sultry “Summertime,” the exuberant “Let’s Call the Whole Thing Off;” or the tender strains of “Someone to Watch Over Me.” His songs, with lyrics by his brother Ira Gershwin, have been covered by dozens of recording artists, and their musicals are film and Broadway classics. Gershwin’s music reverberates through the American consciousness.

That is one of the challenges choreographer Viktor Plotnikov faced when creating the ballet Shall We Dance for Pittsburgh Ballet Theatre—to take music that is so familiar as the template for something new. Mr. Plotnikov had worked with Gershwin’s music prior to creating Shall We Dance: in 2008 he choreographed a 12-minute portion of Porgy and Bess for New Jersey Ballet.  For PBT, he had the freedom to choose from the entire Gershwin canon. He immersed himself—listening to dozens of CDs, soliciting suggestions from others, and collaborating with Artistic Director Terrence Orr and PBT Board Member Richard Rauh on the final selection.

For Shall We Dance, Mr. Plotnikov again chose a memorable Porgy and Bess song (“It Ain’t Necessarily So”) and other recognizable Gershwin tunes; but a few lesser-known pieces and two instrumentals, are also included. What results is a production that highlights Gershwin’s stylistic diversity. Mr. Plotnikov correspondingly uses a rich, mixed technique in his choreography. The style of the production moves between neoclassical and contemporary dance, but elements of classical, character and jazz dance are also incorporated. The choreography emerges from what the “song was pushing to do”—an organic response to the elemental pulse of the music.

Mr. Plotnikov characterizes Shall We Dance as a divertissement:  a series of works that are intended to be viewed as independent of each other. Even as we hear the familiar notes of familiar songs, each dance takes on its own meaning for each person in the theater. It is a unique and fleeting moment—constructed by imagination, music and movement.

The Gershwin Connection
By Lisa Auel, Manager of Audience Education and Archives

George Gershwin’s 1933 visit to Pittsburgh made musical history in the city. In November he was the guest soloist at the Symphony’s first Sunday concert since Pennsylvania’s 139-year-old blue laws, which banned concerts on the Sabbath, had been repealed. He “sold” the ceremonial first ticket as cameras flashed and newsreels broadcast the event around the country. A crowd of 4,079 packed the Syria Mosque for the performance.

After the concert Gershwin visited the home of prominent Pittsburghers Enoch and Bertha Rauh on Bartlett Street in Squirrel Hill. He had previously become acquainted with the couple’s son, Richard S. Rauh, who was secretary of the Pittsburgh Symphony Society. When the news broke that Gershwin would be in town, Mrs. Rauh sent him an invitation through George S. Kaufmann, a renowned Broadway playwright and director who was from Pittsburgh and a mutual friend. He had collaborated with Gershwin and his  brother, Ira, on several musicals including the Pulitzer Prize-winning Of Thee I Sing (1931).

Gershwin accepted the invitation, agreeing to stop by the Rauh home “before train time.” He missed that train, however, as he and his close friend Oscar Levant entertained dozens of guests far into the night. Levant, a gifted concert pianist and composer—and later an actor and author—was born and raised in Pittsburgh and became perhaps the greatest interpreter of Gershwin’s music. The Pittsburgh Post-Gazette reported on the evening:

There was a buffet supper and afterwards Gershwin and Levant headed

for the music room. Then began one of the most exciting piano recitals the

guests had ever heard. Modern music, jazz, played by its two outstanding

masters. First, the composer of “Rhapsody in Blue”  played; then Levant

. . . .  and finally the two sat down together and turned out one duet after

Gershwin’s hosts that night were part of a family who have made an indelible mark on the city. For four generations, Rauh family members have been deeply involved in the city’s civic affairs, its Jewish community, and its cultural arts scene. Hostess Bertha Rauh was director of the city’s Department of Public Welfare and the first American woman appointed to a mayoral cabinet; her husband Enoch was a city councilman and served on the boards of numerous cultural and service organizations. Their son, businessman Richard S. Rauh, co-founded the Pittsburgh Symphony Society with his mother, founded the Pittsburgh Playhouse, and was president of the Federation of Jewish Philanthropies, among other accomplishments. Richard’s wife, Helen Wayne Rauh, was an acclaimed local actress starring in more than 35 productions. Their son, actor Richard E. Rauh, teaches theater at Carnegie Mellon University and Point Park University, and also film at Point Park University. Richard serves on numerous boards of cultural organizations. It is in part his love of the music of the Gershwin brothers that is the inspiration and foundation for Pittsburgh Ballet Theatre’s world premiere presentation of Shall We Dance. Through his support for such productions, Mr. Rauh carries on a vibrant family legacy of dedication to the arts—and ensures that they continue to flourish in Pittsburgh.