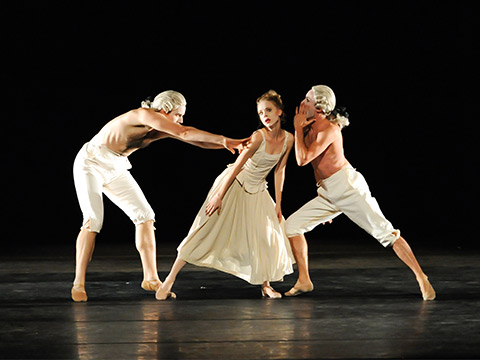 historical period shaped considerably by wars, revolutions and all sorts of social upheavals.

nonsensical poetry is well known. With this in mind I found it impossible to simply create

different dance numbers reflecting merely the humor and musical brilliance of the composer.

Instead, I have set six seemingly nonsensical acts, which obviously ignore their surroundings.

They are dwarfed in the face of the ever-present troubled world, which most of us for some

unspecified reason carry in our souls.

it shouldn’t only be regarded as a burlesque. Its humor ought to serve as a vehicle to point

toward our relative values.