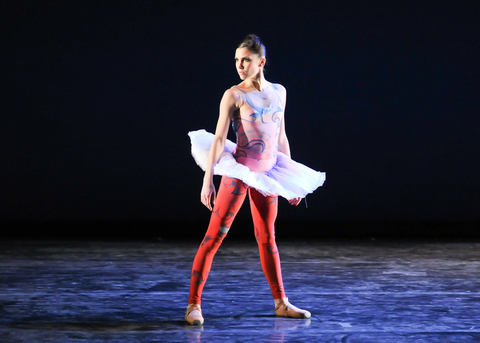 Viktor Plotnikov’s Shall We Dance, created on PBT in 2011 and set to the music of George and Ira Gershwin, was described as a “choreographic wonderland.” Artistic Director Terrence S. Orr invited the choreographer back to create another new ballet, this time set to a classical string quartet. They chose Antonín Dvořák’s String Quartet No. 12 in F Major (“American”), a joyful work that is a perfect complement to Plotnikov’s inventive choreographic style.

The quartet is orchestrated in four movements for two violins, one viola, and one cello. It was completed in just three weeks in the summer of 1893, when Dvořák was visiting the small town of Spillville, Iowa, a Czech immigrant community. His time there lifted his spirits: he loved the area’s simple beauty and wide open spaces; and being with his countrymen helped allay some of the homesickness he’d been feeling since coming to America in 1892 to be director of the National Conservatory of Music in New York City. The quartet features the pentatonic (five-note) scale, common in folk songs in the U.S. and around the world. Some scholars attribute the open and simple rhythms and mood of the quartet to the influence of African-American spirituals and Native American and other folk tunes that Dvořák was exposed to while in the U.S. The third movement includes another indigenous tune: that of the scarlet tanager. While composing the quartet Dvořák had been constantly interrupted by a “damned bird” singing outside his window—he transcribed its song and the tune appears as the high, insistent strain of the movement’s first violin.

For In Your Eyes, Plotnikov grounded the movement in classical ballet but allowed and used the music to explore and extend the choreography. He always begins the creative process with the music, feeding off of it, and then also drawing from the collaboration inherent in creating dance. He uses the dancers’ reactions to the music, their personalities and body types to help shape the choreography. He has said that he is “constantly in search” –trying to discover where the “body can go and how much it can do.”

The collaborative process includes creating the costumes, which Plotnikov designed with PBT Costumier Janet Marie Groom and which were dyed and built in the PBT Costume Shop. Groom hand-colored the decorative patterns on each costume, customizing them to the shape and line of each dancer’s body.