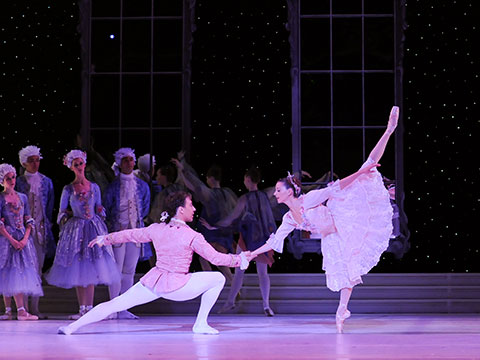 Fairy tales are the embodiment of our hopes and our fears.  In many instances they teach moral and ethical standards and social mores.  Present in every culture, surprisingly, many of the stories repeat themselves in various ethnic garbs.  Often the theme is one of inner beauty and purity of spirit overcoming loneliness, cruel mistreatment and vanity.  Cinderella, the age old story about the cinder-girl, is both familiar and well-loved.  It is estimated that there are over 1500 versions of the Cinderella story existing in cultures around the world.  Each has incorporated local settings and ethnic customs.  The earliest known Cinderella story was told in China about 1200 years ago.  Entitled Yu Yang Ts Tsu, the young heroine’s name is Yeh-hsien.

The best known version, especially in Western cultures, appeared in a collection of tales set down in 1697 by a retired French civil servant named Charles Perrault.  His “Contes de ma mere l’oje” or “Mother Goose Tales” brought us not only Cinderella, but also Little Red Riding Hood, The Sleeping Beauty in the Wood, and Puss In Boots, among others.  Cendrillon, orCinderella in English, has inspired pantomimes, operas, ballets, musicals, films, and television.  It is probably safe to say that a large percentage of our population was introduced to Cinderellathrough Walt Disney’s animated version of Perrault’s tale.

The earliest known Cinderella ballet was presented in 1813 in Vienna.  Of course, in the 1890s, the Russian ballet triumvirate of Marius Petipa, Lev Ivanov, and Enrico Cecchetti staged their version with music by Baron Fittingov-Schell.  Interestingly, Cinderella was to have been the first ballet of Peter Ilyitch Tchaikovsky (Swan Lake, The Sleeping Beauty, and The Nutcracker), but it never materialized.

Sergei Prokokfiev was commissioned to write Cinderella by the Kirov Ballet in 1940, following the great success of Romeo and Juliet.  Composition of the work was interrupted by the outbreak of war between the USSR and Germany, which prompted Prokofiev’s epic opera War and Peace.  He returned to Cinderella in 1943, and the score was completed in 1944.  The first performance took place at the Bolshoi Theatre, Moscow, on November 21, 1945. Since Sergei Prokofiev’s Cinderella premiered in 1944, a commission by the Kirov, it has become the most often used score for a Cinderella ballet.  Written in the true tradition of a Russian ballet with pas de deux, adagios, gavottes, waltzes, other folk dances, and variations for each character, it also followed the storyline of the Perrault tale.

Once upon a time, in a faraway kingdom there lived a father with three daughters – one beautiful daughter of his own named Cinderella, and two ugly, evil stepdaughters.  Jealous of her beauty and kindness, Cinderella’s stepsisters have forced her to be a servant in her own home.  One day, an invitation arrives from the Palace, inviting every eligible maiden in the kingdom to a lavish ball in honor of the handsome, charming Prince.  The stepsisters are overjoyed and put Cinderella to work on sewing and preparing their lavish gowns.  The day arrives, and in a whirl of taffeta, they depart for the Ball with Cinderella’s father, leaving Cinderella in despair.

Like a mysterious wind, Cinderella’s fairy godmother appears, and the kitchen is magically transformed into a garden.  With the help of Fairies of Spring, Summer, Autumn and Winter, other enchanted garden creatures and flowers, Cinderella’s rag dress is transformed into an exquisite gown.  Before Cinderella departs for the Ball, her fairy godmother warns her of one very important rule – she must leave the Ball by midnight!

In the Royal Palace, the jester dances for the Prince and Ladies and Gentlemen of the Court.  Strange music is heard and a beautiful woman appears.  It is Cinderella.  The Prince and Cinderella fall in love as the Courtiers whirl around them.  But, as the clock strikes midnight, Cinderella’s beautiful dress turns into rags and she must depart, forgetting to tell the Prince her name and leaving only one of her slippers.  The Prince makes an oath – he shall marry the beautiful woman whose foot fits the slipper.

In Search of Cinderella

The Prince travels the world in search of Cinderella.  His search is futile and he returns home with a deep heartache.  On the way, he stops at one last cottage – it is the home of Cinderella.  Despite her stepsisters’ protests, Cinderella tries on the slipper, and it fits.  The Prince and Cinderella are reunited, married and live happily ever after.