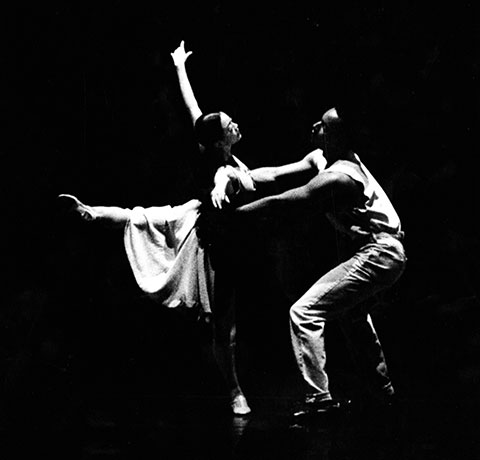 Lynne Taylor-Corbett’s rousing dance tribute to Pete Seeger, the great folk singer and political activist, had its world premiere at the Pittsburgh Ballet Theatre on November 24, 1995, in a program of works by American women choreographers commissioned by ballet director Patricia Wilde. A catalyst in the inspiration of the work was Cassandra Seeger, granddaughter of the ballad singer, who was a member of the Pittsburgh Company and who performed a solo at its premiere.

In preparing this multi-media work for 16 dancers, Taylor-Corbett worked closely with Seeger and gained access to his archives. Eleven of his recorded songs were selected for the ballet and are incorporated into a sound collage which features Seeger’s commentary on his conviction in the McCarthy hearings and a tribute to fellow activist Martin Luther King.

Solos, duets and ensemble dances are performed against a background of projected slide images that amplify the message of each episode. Critics at the Pittsburgh premiere praised Taylor-Corbett for the vitality of the production and for the strength of her vision in this celebration of an American icon.