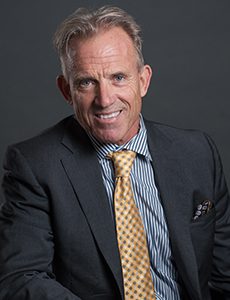 Harris N. Ferris has served as Pittsburgh Ballet Theatre’s executive director since 2006. During his tenure, Ferris has expanded the company’s national and international profile, fortified its financial position and dramatically reduced debt. In partnership with the artistic director, Ferris curated a series of new productions and programs that have elevated the company’s artistic profile and community impact. Under his leadership, PBT completed a $21.2 campaign to establish PBT School’s first student residence, construct the Byham Center for Dance and build endowment and innovation funds for repertory, education and scholarship programs. A former ballet dancer and New Jersey native, Ferris’ career began in Buffalo, New York, where he was both principal dancer and executive director of the Empire State Ballet. He went on to serve as managing director of Princeton’s American Repertory Ballet in New Jersey and executive director of the Nevada Ballet in Las Vegas, in each case strengthening touring, finances and artistic scope. Ferris attended Bard College, earned a Bachelor of Arts from SUNY Buffalo, and a Master of Business Administration from Rutgers University. He serves on the Pennsylvania Humanities Council and the Greater Pittsburgh Nonprofit Advisory Committee.

Director of Operations and Finance 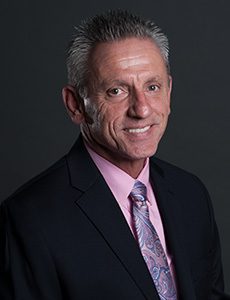 As a loyal Pittsburgh Ballet Theatre employee of 35 years, Jay has spent his entire adult life working in a very demanding profession. As director of operations and finance, he has helped lead the organization to increasing levels of service, recognition and support while fulfilling its mission to enrich the cultural growth of the community. He continues to focus his attention on accurate and timely financial reporting and cash flow management which are critical for each department in order to reach the strategic objectives of the organization. Jay provides reliable financial analysis, robust projections research and compelling  recommendations to assist the leadership team in making artistic, development and financial decisions to achieve growth projections. Jay served as a board member of the Canon McMillan School District from 1993 through 2009 while serving as past Treasurer and Board President and served on the grant review panel for the PA Partners in the Arts. 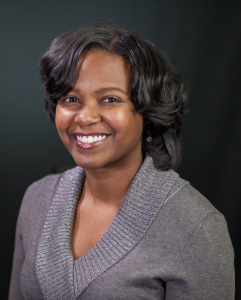 A lifelong art enthusiast, Denise Mosley, joined Pittsburgh Ballet Theatre as the Director of Marketing in 2021. Previously, at UPMC Health Plan, she served as manager of commercial group sales marketing where she launched the organization’s first digital open enrollment process while reducing marketing print costs by 68 percent. She also served as the program director of inclusion and diversity and was responsible for establishing a career training program, which contributed to a 10.1 percent decrease in employee turnover, all while leading a top-ranking team that exceeded over 100 objectives in her first year. Prior to working for UPMC, Denise created, sold and executed content marketing, digital and advertising campaigns while at Life Science Connect. She has a Master’s in Business Administration from Gannon University and a Bachelor’s of Political Science from Delaware State University. She is an active board member at Pittsburgh Musical Theater and has served on the boards and strategic planning committees for ArtsErie, the Erie Art Museum, and Culture Spark. She has over 20 years as volunteer performing artist at The Erie Playhouse and enjoys motivational speaking and oil painting in her free time. 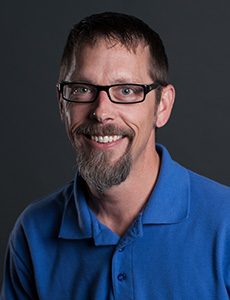 Since September 2007, Aaron Rinsema has served as the director of school operations for Pittsburgh Ballet Theatre, where he is responsible for planning and managing the school budget, marketing initiatives, volunteer activities, student and parent relationships, school committee activities and daily school operations such that the school’s overall goals are achieved.

Under Aaron’s leadership, PBT School saw the opening of its first student residence hall, Byham House, in the Fall of 2010. Since starting at PBT, Aaron has been part of a leadership team that has increased total annual school enrollment and tuition revenues by more than 50 percent. During his tenure, Aaron has strengthened the school’s finances and expanded its national and international profile.
Aaron’s career began in Spokane, Washington, where he was both a member of the chorus and the arts administrative intern for Spokane Opera. Subsequently, he joined the Department of Education, Community Relations, and Diversity with the Chicago Symphony Orchestra, then the Phoenix Symphony Orchestra as its education manager and later, Ballet Arizona, first as Education Manager and later as school business manager.

Aaron earned a BFA in Arts Administration from Whitworth University in Spokane, WA and has been actively involved in the field of arts administration for more than 20 years. 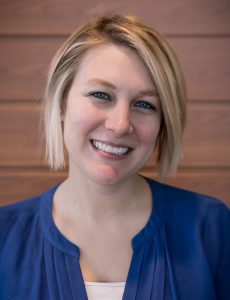 Kathryn L. Gigler has dedicated her career to education and advocacy. Her graduate work in cognitive neuroscience has provided her with extensive experience in research design and data analysis, including behavioral interventions related to mindfulness and movement in older adults and caregivers. Her detailed program analysis and diverse curriculum creation has helped to advance the educational programming of nonprofit and for-profit organizations. Kathryn served as executive director of the Women’s Center at Elizabeth City State University and was integral in the formation of the first LGBTQ+ community organization in the region. She’s worked as an educator and victim advocate for both Pittsburgh Action Against Rape and the YWCA of Greater Chicago, where she’s advocated for survivors of violence, provided resources for loved ones and created workshops on post-traumatic stress. She seeks to continue Pittsburgh Ballet Theatre’s transformative work in community education, accessibility and equity.