A Diamond Tribute to Patricia Wilde 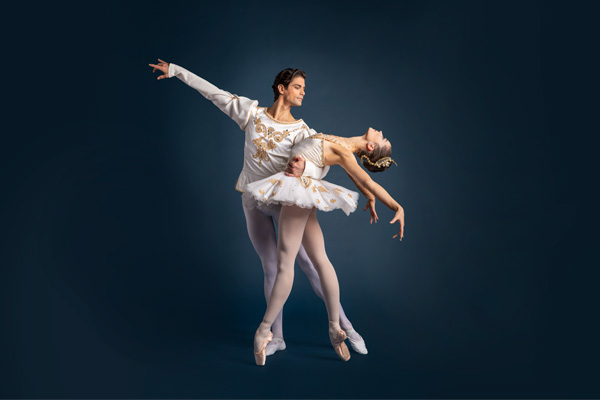 Join us for an exclusive livestream performance and tribute to PBT’s former Artistic Director, Patricia Wilde. The program will begin with a special look back at a tribute to Patricia Wilde, courtesy of WQED multimedia. Learn more about Ms. Wilde’s legacy here. Then the evening turns to the stage for remarks from current Artistic Director, Susan Jaffe, as she kicks off her first season in theaters. Enjoy a live look into the theater as the company performs George Balanchine’s Diamonds.

Tickets for the livestream performance cost $29. The livestream performance will be viewable on Vimeo and a link will be sent to the email used at purchase by Saturday. Patricia Wilde was a passionate advocate for live music in ballet. Consider making a donation during purchase – all donations will go towards PBT’s Live Music Appeal and can be designated in Ms. Wilde’s memory. New donations of $1,000 or more will receive extended access to watch A Diamond Tribute to Patricia Wilde along with two tickets to Swan Lake with the PBT Orchestra in May 2022.

Diamonds is the concluding section of Jewels, choreographed by George Balanchine in 1967 and set to Pyotr Ilyich Tchaikovsky’s Symphony No. 3 in D major, Op. 29. Jewels has three acts, each named for a different jewel – emeralds, rubies and diamonds – and each act highlights a distinctive ballet style. Diamonds has the tenor of grandeur and tradition of classical ballet, cultivated by Marius Petipas at the Imperial Theater in 19th-Century Russia. The large corps de ballet, all in sparkling white, provides a dramatic, classical backdrop for the work. The pas de deux for the principal couple is gorgeous, fluid and infused with subtle emotion and Balanchine’s signature athleticism.

In 1943, Patricia began training at the School of American Ballet, and soon after joined Ballet Russe de Monte Carlo. In 1950, George Balanchine asked Wilde to join New York City Ballet, where over the next 15 years Patricia created ballerina roles in many ballets that remain in the company’s core repertory. After retiring from New York City Ballet, Patricia joined the rehearsal staff at American Ballet Theatre. In 1982, Patricia became Artistic Director of Pittsburgh Ballet Theatre, where she significantly raised the company’s profile. She retired as director in 1996 but continued to be closely involved with the company for the Balanchine Foundation. Read more about her early life and illustrious career here.