“The teachers and faculty are all so personable and inspiring… I get something out of each and every single class.” — ISP Student

Over the summer, serious ballet students from across the country and abroad converge for an immersive five-week training program led by PBT School faculty, PBT artistic leaders and high-profile guest instructors. In five weeks, more than 200 student dancers log over 180 studio hours, gaining experience in both rehearsal and performance settings. These are their steps to success:

Dedication: Six days a week, students stretch, strengthen and dance their way to stronger technique and stage presence. As they work with PBT artists and instructors, they’ll learn more about the professional dance world and about themselves as artists.

Versatility: In preparation for the classical to contemporary spectrum of today’s dance companies, students learn to adapt to a diverse curriculum ranging from ballet technique, partnering and pointe to jazz, modern and character dance.

Passion: These students have chosen to dedicate a large part of their lives to dance, and many aim to go pro. During their time with PBT, they’ll meet peers with similar passions and absorb insights from teachers with extensive stage careers.

Additional ISP offerings include Pilates “Reformer” instruction and Musculoskeletal screenings, both by appointment and for an additional fee.

A sample (Level 4) weekly schedule may look like this:

American dancer Sarah Lamb is a Principal of The Royal Ballet. She joined the Company as a First Soloist in 2004 and was promoted to Principal in 2006. She created the title role in Wayne McGregor’s Raven Girl and roles in his ballets Carbon Life, Live Fire Exercise, Limen, Chroma, Tetractys, Woolf Works, Multiverse and Yugen. She also has created roles for the Company in Christopher Wheeldon’s The Winter’s Tale and Electric Counterpoint, Ratmansky and Wheeldon’s 24 Preludes, David Dawson’s The Human Seasons and Twyla Tharp’s Illustrated ‘Farewell’. Lamb was born in Boston and trained at the Boston Ballet School with Tatiana Nicolaevna Legat. In 1998 she was named a Presidential Scholar in the Arts and awarded a gold medal by President Clinton. She joined Boston Ballet that year and was promoted to soloist in 2001 and principal in 2003. Her many awards include three silver medals at the Third Japan International Ballet Competition in Nagoya (1999), the New York International Ballet Competition (2000) and the USA International Ballet Competition (2002). Lamb’s repertory with the Company includes leading roles in the classical, dramatic and contemporary repertories, including ballets by Frederick Ashton, George Balanchine, August Bournonville, Kenneth MacMillan, Alastair Marriott, Jerome Robbins and Liam Scarlett. 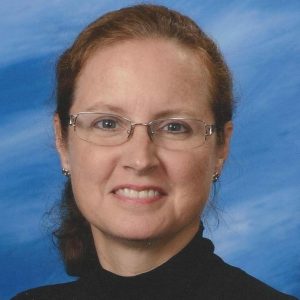 Carrie Cheng was born in Miami, Florida and started her training with Thomas Armour of the Miami Conservatory. She continued her training under Dulce Anaya and the Jacksonville Ballet Theater. She earned a BFA in ballet from the University of Utah with a full four-year scholarship. She has danced professionally with numerous companies including the Utah Ballet, Eugene Ballet, Ballet Theatre of Boston, North Atlantic Ballet and Ballet Concerto and has made guest artist appearances throughout the United States, Mexico and Taiwan. She has been a guest teacher for summer ballet programs such as Texas Ballet Theater, Pittsburgh Ballet, Atlanta Ballet and Ballet Theatre of Boston. Internationally, she has taught in Taiwan and Macau, China. Cheng has been adjunct ballet faculty at Texas Christian University, Tarrant County College and has served on the board of directors for the Dance Council of North Texas and currently The Talon Cultural Foundation. Cheng is the Director of Ballet at Fort Worth Country Day and Associate Director of the Gayle Corkery School of Ballet. She received a National Honor Roll’s Outstanding American Teachers Award in 2005-2006 and Teacher of the Year award at Texas Ballet Theater School in 2013 and 2015. Carrie is an ABT* Certified teacher who has successfully completed the ABT* Teacher Training Intensive in Primary through Level 3 of the ABT* National Training Curriculum. In 2017 she was awarded the FWCD Master Teacher award in Fine Arts for distinguished teaching in the Arts. 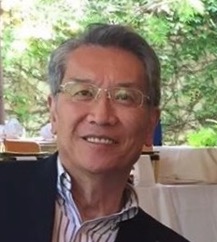 Mr. Cheng was born in Shanghai, China. He started his professional training at  the age thirteen at the Beijing Dance Academy.  In 1961 he joined the Beijing Central Ballet and in 1975 he served as a company ballet master and rehearsal director. After immigrating to the United States in 1980 he held position as Assistant professor at the University of Utah and Arizona State University. In 1988, he was invited by Bruce Marks to join Boston Ballet as a Principal teacher for both the company and the school. Mr. Cheng served as Ballet Master in residence at TCU since 1990. In 2006 he was promoted to Professor of Professional Practice in Ballet and in 2018 he retired after he worked for TCU 28 years. Currently, he is a visiting Professor of Ballet at Texas Tech University. Mr. Cheng is in demand nationwide as a master teacher. He has frequently worked with many ballet companies and their summer dance programs such as Pittsburgh Ballet, Atlanta Ballet, Texas Ballet Theater, Ballet West, Ballet Met, Ballet Austin, Indianapolis Ballet, Eugene Ballet, Ballet Oregon, Lexington Ballet and Walnut Hill School of Arts. He also taught for many universities such as; Bucknell University, Butler University, Brigham Young University, North Carolina School of the Arts, University of Iowa, Richmond University, University of Wisconsin, University of Wyoming and Virginia Commonwealth University. His international teaching experience includes the National Ballet School of Canada, Mexico Institute of Arts, Taipei National University of Arts, Taiwan Cloud Gate Dance Company, Taipei Dance Forum, Pen-Wa School of Ballet in Macau. This year he taught for the Beiing Central Ballet and restaged the Pas de Deux Melody for the company. He was invited as a Master teacher work for the America College Dance Festival Association and the America Regional Ballet Festival. He has been an adjudicator for the Southeast Regional Ballet Competition. He has received Larry White Dance Educator Award from Dance Council in 2007. 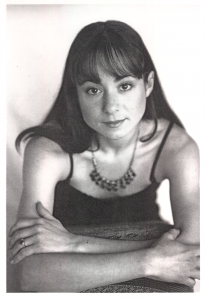 Originally from Brazil, Pollyana Ribeiro began her dance training at the age of three with Hotencia Mollo. She also studied with Tatiana Leskova at the Teatro Municipal in Rio de Janeiro. After winning three consecutive gold medals at the Festival de Joenville, she was awarded a scholarship to Harid Conservatory in Boca Raton, Florida. In July 1992, Pollyana won the gold medal in the junior division at the International Ballet Competition in Helsinki, Finland. At age 16, she began her professional career with the Boston Ballet and later was promoted to Principal dancer there. Pollyana is a recipient of a trophy in honor of her excellence in the arts, awarded by the Brazilian consulate. 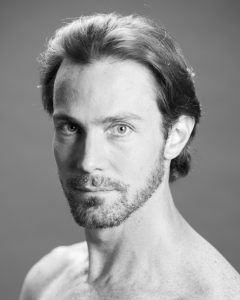 A $500 non-refundable tuition deposit, applicable towards total tuition, is required with completed registration form. The program tuition is $2,440 for the ISP.

Supervised dormitory housing is available for students at our dormitory partner, Chatham University. Housing is $2,550, and includes room, meal plan, laundry, and daily transportation to and from PBT Studios for classes. Housing is limited and awarded on a first-come basis to enrolled students upon receipt of a $500 non-refundable housing deposit.

Approximately 20 students between 17-20 years of age will be placed in our Byham House dormitory – assignments for which will be communicated in late March. Learn more about Byham House here.

PBT School reserves the right to modify housing arrangements based on the needs of the program.

Move-in and orientation meeting will be held June 21.

About Chatham University Housing
Chatham University is situated on 35 park-like acres in Pittsburgh’s popular Shadyside neighborhood. ISP students are housed in Fickes and Woodland halls, both of which are supervised by PBT School staff and open to students 12-17. Both halls offer residents use of study areas, lounge, residential computer lab and laundry facilities on each floor. Room types include singles, doubles, triples and quads. Students housed at Chatham also enjoy access to its state-of-the-art Athletic and Fitness Center, featuring a heated indoor pool, weight room, training center, gymnasium and dance studio. The campus is located just 2.1 miles from PBT School. Take a virtual tour at www.chatham.edu.

Merit-based scholarships are awarded at the discretion of the School Directors.  Limited financial assistance / work study is available.  Applications are only considered after successful registration and payment of non-refundable $500 tuition deposit. Deposits and  tuition and housing payments are non-refundable after each payment due date has passed.

When will I be notified about my audition results?

Students typically receive a letter within three weeks of their audition date. Each candidate is evaluated on an individual basis, so students from the same audition could receive their evaluation letter on different dates. If you expressed interest in our school-year program, expect to receive this information at a later date.

What will my level assignment be?

Levels are not assigned before the start of the program. All students will take a placement class on the first day of the program. Students will be placed in an appropriate level relative to the skill set of the entire ISP group — a benchmark that faculty members believe provides the most challenging and comprehensive program for the individual student. Level placement is at the discretion of the school directors.

How can I spend my free time during ISP?

The Intensive Summer Program follows a rigorous, comprehensive curriculum over the course of five weeks. But, PBT School believes it’s important to balance the intense curriculum with opportunities to unwind. The program offers planned outings on Sundays to destinations ranging from theaters and dances to amusement parks and sporting events.

How do I apply for the school-year Pre-professional Program?

During our Intensive Summer Program audition tour, participants may elect to be considered for our year-round Pre-professional program by circling “yes” on the audition registration form. In addition, PBT School often schedules a Pre-professional Division audition. Contact the PBT School office for more information.

What’s the difference between the Company Experience workshop and the Intensive Summer Program?

Our Company Experience workshop gives students a two-week preview of the life of a professional dancer. This highly selective program is designed for dancers 16+. In addition to daily technique class, dancers learn new choreography and repertoire and work closely with company dancers, PBT Artistic Director Terrence S. Orr and other members of the artistic team. Company Experience takes place two weeks prior to the start of the Intensive Summer Program, and offers an effective complement to the full five-week program.

We look forward to seeing you at PBT Studios this summer!