Ballet is an art form created by the movement of the human body.

It is theatrical – performed on a stage to an audience utilizing costumes, scenic design and lighting. It can tell a story or express a thought, concept or emotion. Ballet dance can be magical, exciting, provoking or disturbing.

Story ballets (not surprisingly!) tell a story. They contain narrative action, characters, a beginning and an end. The Nutcracker and The Sleeping Beauty are famous story ballets from the 19th century; classic stories and novels such as The Great Gatsby and The Three Musketeers also have been transformed into ballets.

Plotless ballets have no storyline. Instead they use the movement of the body and theatrical elements to interpret music, create an image or express or provoke emotion. Choreographer George Balanchine was a prolific creator of plotless ballets. 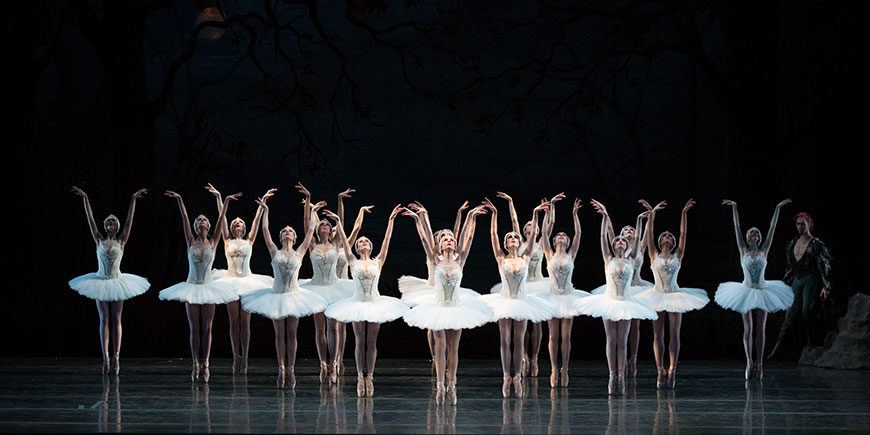 Classical ballet is what people generally think of  first when it comes to “ballet.” Classical ballet reached its height in 19th- century Russia through the work of choreographers like Marius Petipa and Lev Ivanov. The following elements characterize this style:

Neo-classical ballet was introduced in the 20th century by choreographers like George Balanchine. It generally includes:

Experience ballet for yourself with classes for all ages, including adult beginning ballet classes. Or, introduce your little ones to ballet with Dance the Story at Home!