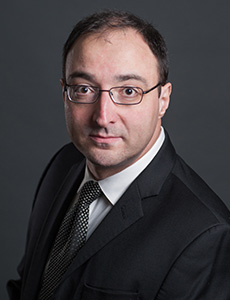 A native of Belgium, Yoland Collin began his musical training at the Académie de Musique in Hannut where he later served as a piano instructor and accompanist. In 1998, Mr. Collin graduated from the Conservatoire Royal de Musique in Liège with a Diplôme Supérieur in Piano and Premiers Prix in Chamber Music, Accompaniment, Solfège and Harmony. In 1991, he was awarded Premier Lauréat of the “Concours National du Crédit Communal de Belgique” competition. Mr. Collin relocated to Pittsburgh, his wife’s hometown, and joined the PBT School Staff in November of 1998. In 2003, he was promoted to the position of Company Pianist. Mr. Collin also serves as the Principal Pianist for the Pittsburgh Ballet Theatre Orchestra.