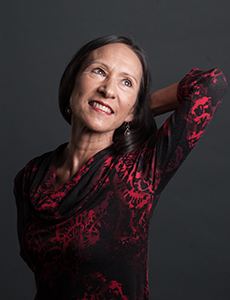 Marianna Tcherkassky was brought up in Kensington, Maryland, and is of Russian and Japanese descent.  She began her training with her mother, Lillian Oka Tcherkassky, and continued her studies at Mary Day’s Academy of the Washington School of Ballet and on full scholarship at the School of American Ballet in New York.  She joined American Ballet Theatre in 1970, and was elevated to principal dancer in 1976.  She has been recognized as one of the world’s leading ballerinas, and was reviewed as “one of the greatest Giselles that American ballet produced” by Anna Kisselgoff of the New York Times.  Since Miss Tcherkassky’s retirement from the stage in 1996, she has taught extensively, and in 1997 she received a Golden Ring Award honoring artistic excellence from the Asian-American Arts Foundation in San Francisco.  On June 11, 1999, she received an Honorary Doctorate of Performing Arts from the University of Cincinnati.  She is married to PBT Artistic Director Terrence S. Orr.