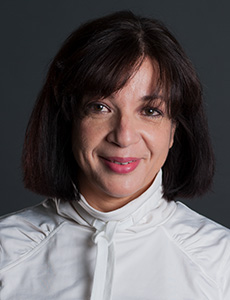 Juliet was born in Caracas, Venezuela. She has been a soloist with the principal orchestras in her country and was Musical Assistant and pianist for the resident ballet company of Teatro Teresa Carreno, under the artistic direction of the choreographer Vicente Nebrada.

She coordinated the music for new works by Nebrada and played standard ballet repertoire and Balanchine repertoire, including Allegro Brillante, under the baton of Alan Barker, former Conductor for the NYC Ballet and the Simon Bolivar Orchestra.

She has performed piano pieces by contemporary composers in the Latin American Festival for Contemporary Music in Caracas, some of which have been recorded in CD’s.  She also composes original music for piano.

Juliet holds Bachelors and Masters Degrees from the Indiana University School of Music at Bloomington, Indiana and has studied privately with pianist Stephen Kovacevich, in the UK.

She has participated in the Bartok festival in Budapest, and was semifinalist in the Franz Liszt International Piano Competition in Holland in 1986.

Mrs. Winovich has been living in Pittsburgh since 2001.  This year marks Juliet’s third as a full-time musician on faculty with Pittsburgh Ballet Theatre School.