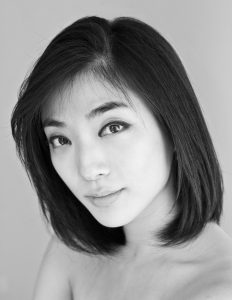 Originally from Seoul, Korea, Eun Young received the majority of her training at the Kirov Academy of Ballet in Washington D.C. where she received 6-year Vaganova training diploma, under the direction of Oleg Vinogradov. Upon graduation, she returned to Seoul to join the Universal Ballet Company where she became a soloist. In 2002, Eun Young joined the Staatsballet Berlin as a demi-soloist. After a second stint with the Universal Ballet Company, she then joined American Ballet Theatre in 2007 where she retired in 2013. Her performing experience includes corps and soloist roles in the classics such as La Bayadere, The Nutcracker, Sleeping Beauty, Swan Lake, and Giselle, in addition to works by George Balanchine, Nacho Duato, Ohad Naharin, Alexei Ratmansky, and Christopher Wheeldon. Eun Young has taught and coached both students and professional dancers at the Universal Ballet Academy and Ballet Academy of Pittsburgh. She is fully certified in the ABT National Training Curriculum, and is the first Student Division Principal at Pittsburgh Ballet Theatre School.