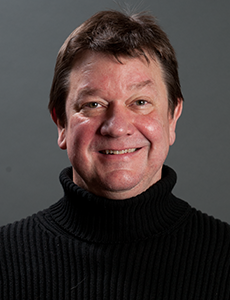 Mr. Marshall began his training with Margo Marshall in Houston, Texas. He received scholarships to train at the school of the National Ballet of Canada, American Ballet Theatre School, School of American Ballet, Joffrey Ballet, Kirov Ballet in St. Petersburg and the Royal Ballet School in London. Upon graduation from the High School of Performing and Visual Arts in Houston, he was invited to join American Ballet Theatre. He danced there as a soloist under the direction of Mikhail Baryshnikov and then joined San Francisco Ballet as a principal dancer. Mr. Marshall was featured on the cover of Dance Magazine in 1978 and the following year won the bronze medal at the International Ballet Competition, USA. He was ballet master for North Carolina Dance Theatre, Tulsa Ballet and the Boston Ballet in addition to being a guest instructor at companies and schools nationally and internationally. Mr. Marshall was also an assistant professor at the University of Oklahoma and director of the Washington Academy of Performing Arts in Seattle.  In August 2005, Mr. Marshall was appointed co-director of Pittsburgh Ballet Theatre School.  Mr. Marshall has also enjoyed the distinct honor of serving on the panels of international judges for both the Japan Grand Prix and Taiwan Grand Prix.