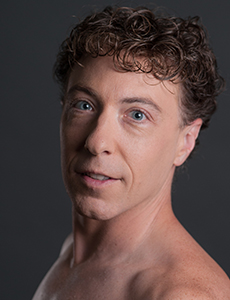 Christopher Budzynski began his training with his mother at Budzynski Studios near Philadelphia. He later studied at the North Carolina School for the Arts, The School of American Ballet and Hungarian National Ballet School in Budapest. He joined Boston Ballet in 1995 and was promoted to first soloist in 1999. He and his wife, Alexandra Kochis, joined PBT in 2006. Christopher’s repertory encompasses a variety of classical and contemporary works, including Don Quixote; Dracula; La Bayadère; Swan Lake; Roméo and Juliet; Giselle; Coppélia; The Sleeping Beauty; Rubies; Theme and Variations; Jiří Kylián’s Sarabande; Paul Taylor’s Company B; Twyla Tharp’s Known by Heart (“Junk”) Duet and In the Upper Room; William Forsythe’s In the Middle, Somewhat Elevated; Mark Morris’ Maelstrom, Drink to Me Only with Thine Eyes and Up and Down; and Christopher Wheeldon’s The Four Seasons and Corybantic Ecstasies. Christopher retired as a PBT Principal Dancer in October 2016 and subsequently joined PBT School’s Faculty as a full-time teacher.