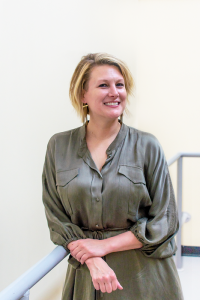 Kathryn L. Gigler has over a decade of experience as an institutional advocate and educator and a career-long commitment to equity and inclusivity. Following completion of her undergraduate degree at Wake Forest University, she obtained her doctorate in psychology, focusing on cognitive neuroscience, from Northwestern University. Dr. Gigler served as executive director of the Women’s Center at Elizabeth City State University and was integral in the formation of the first LGBTQ+ community organization in the region. She has worked with organizations in multiple states around violence prevention and response, including Pittsburgh Action Against Rape, Albemarle Hopeline in Elizabeth City, NC, and the YWCA of Greater Chicago. She has also dedicated her time to arts and cultural organizations throughout the Pittsburgh region, including Attack Theatre and the Carnegie Museum of Natural History. Prior to stepping into the role of acting executive director, Dr. Gigler served as PBT’s Director of Education and Community Engagement. Key accomplishments at PBT include her leadership of the Equity Project Transformation Team, which engages with leaders and staff across the organization in developing comprehensive IDEA strategies. In addition, Kathryn Gigler has also played a central role in leading the engagement team’s pivot to digital programming during the pandemic. Her projects include the highly successful “Dance the Story at Home!” program and creation of a suite of over 35 engagement opportunities around PBT’s award-winning Fireside Nutcracker. 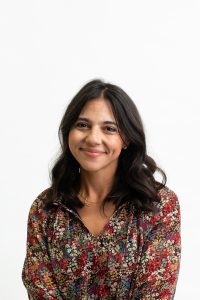 Lauren Carlini (she/her) is a Pittsburgh native with a background in business operations and people management. Lauren is a Duquesne University graduate. Prior to joining the PBT team, Lauren worked for her family’s business. She enjoys volunteering her time in her neighborhood, at her son’s school and as a board member of the Valley Points YMCA. In addition to overseeing the human resources functions at PBT, Lauren leads the team engagement committee and the Equity Project Transformation Team Subcommittee on Recruitment and Hiring, and is a member of the safety committee. Her favorite thing about working at Pittsburgh Ballet Theatre is working alongside the most talented people in Pittsburgh. She says, “Everyone– the admin team, the faculty, the dancers, of course– is so impressive. We have an excellent team and I am so grateful to be a part of it.” 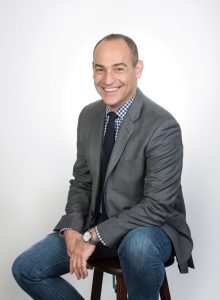 Lou Castelli comes to Pittsburgh Ballet Theatre with extensive experience in performing arts administration in Pittsburgh’s Cultural District. He spent ten years in various roles on the marketing team of the Pittsburgh Symphony Orchestra, where he managed the campaign launching Marvin Hamlisch as the orchestra’s Principal Pops Conductor. He then became Marketing Director at Pittsburgh Public Theater, where he oversaw the company’s move to the O’Reilly Theater. He spent more than 20 years at The Public, and most recently served as the theater’s Managing Director from 2018 through 2022. Lou was born and raised in Pittsburgh and has a large extended family. He graduated from Central Catholic High School in Oakland and Allegheny College in Meadville, with a degree in Communication Arts. 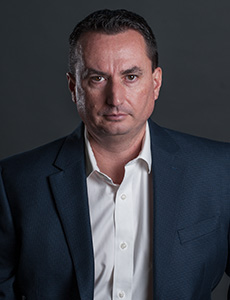 Curtis Scott Dunn joined the company in October 2015. Beginning his career in the 1980’s in dance production in New Jersey and Philadelphia, he moved into production management while on staff at the Performing Arts Center at Purchase NY. Since then, he has served in senior and executive roles at Theatrical Systems Services, design one corporation, NYC’s Eos Orchestra, and Rutgers University – producing dance, music, opera, theater and corporate events. He has toured nationally with Everett Studios, Eos Orchestra, and Chamber Theater Productions, and internationally with Movement Theatre International. He is a founding member of La Strada Ensemble Theatre and has served on their board. When away from the company, Mr. Dunn is also a playwright, actor, and photographer. 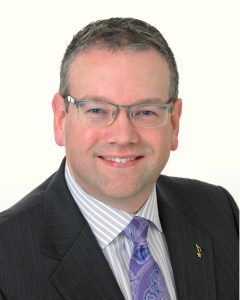 Pittsburgh native David Hammond comes to Pittsburgh Ballet Theatre from Austin, Texas, where he has served that community as Director of Development at KMFA 89.5,  Austin’s classical radio station. Since 2013, David has led a team of volunteers and professionals in raising over $22 million to support KMFA’s daily mission and a $10.5 million capital campaign to build its new home.  David joined KMFA after a decade of fundraising experience with Conspirare, Austin Opera, Pittsburgh Opera, and the Carnegie Museums of Pittsburgh. He is a Certified Fund Raising Executive (CFRE) and received his bachelor’s degree in music business from PennWest Clarion. 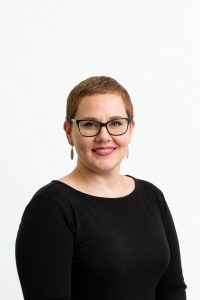 Kristin McLain brings with her a lifetime of sewing experience, having learned from her mom starting in middle school. She began her time at PBT in 2016 with the building of PBT’s brand new Giselle. Staying on as a part time stitcher, then full time First Hand, and currently Costume Director, she’s work on many of PBT’s costumes old and new. Other prior experience includes study in Costume Design and Construction at the University of Pittsburgh, and various freelance design and construction work for a number of companies throughout the city. Additionally, Kristin is a versatile, visual artist and craftsperson, focusing on fiber arts, sculpting and watercolor paintings.