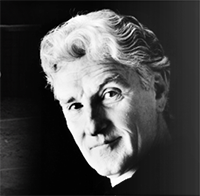 Winner of an Emmy, Drama Desk, and Tony Award, Michael Smuin aimed to “to infuse ballet with the rhythm, speed, and syncopation of American popular culture.” He set dances to music from artists like George Gershwin and Johannes Brahms to the Beatles and Frank Sinatra. The San Francisco Gate called Smuin “a major force in the San Francisco dance world and one of the region’s most prominent and audacious showmen” upon his death in 2007. He was born in Missoula, Montana, in 1938 and went on to choreograph ballets for his own company, Hollywood, and Broadway. As a choreographer, he was eclectic and daring, even taking on ice capades and circus acts. He danced for the San Francisco Ballet from 1953 to 1961 then went on to serve as the company’s co-artistic director from 1973 to 1985. He was also a principal dancer and choreographer at the American Ballet Theatre. He founded the Smuin Ballet in 1994 in San Francisco.

Fun Fact: Michael Smuin mingled with many great names in entertainment during his time and even befriended Pittsburgh’s own Gene Kelly. 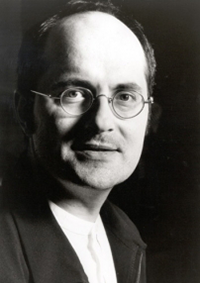 Recognized as one of North America’s most innovative choreographers, Canadian-born James Kudelka served as the artistic director of the National Ballet of Canada for nine years before becoming the company’s resident choreographer in 2005. He has earned choreographic commissions from more than 25 companies, including American Ballet Theatre, Chicago’s Hubbard Street Dance and Les Ballets Jazz de Montreal. His works often feature themes of love and death, exploring the human condition and tackling psychologically challenging subject matter. “It’s not uncommon for choreographers to draw inspiration from literature, but few are as brainy or bold about it as Kudelka,” Michael Crabb wrote for the Toronto Star.  Kudelka’s innovative approach blends classical and contemporary elements, and has produced a diverse body of work spanning virtuosic pas de deux to arresting adaptations of large-scale story ballets.

Fun Fact: In 2005, Kudelka was appointed Officer of The Order of Canada. 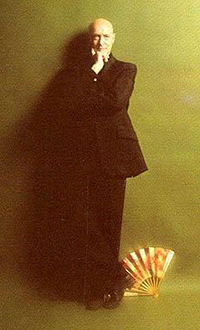 Antony Tudor stands among the giants of 20th century choreography. Tudor was born William Cook in a London suburb in 1908 and did not begin training until his early teens when a 1928 performance by the Diaghilev Ballet’s Serge Lifar  in Balanchine’s Apollon Musagète inspired him to take up dance. He began dancing professionally with London’s Ballet Rambert, where he changed his name to Anthony Tudor after Marie Rampert told him he would never be taken seriously as a performer with his given name. Lilac Garden, created in 1936, was one of Tudor’s early works, but it drew worldwide attention and became one of his signature ballets. In 1939, he was invited to stage his ballets for “Ballet Theatre” in New York City (‘American’ was added in 1956). He planned to stay in New York for ten weeks, but remained in the United States and travelling until his death in 1987. He worked with American Ballet Theatre until 1951, joined New York City Ballet and later returned to American Ballet Theatre as associate director in 1974. “Tudor liked to say none of his best choreography came easily, and he seemed to require an idea before he could start a ballet. Yet what startled many of his students was the facility and inventiveness with which he composed dances in the classroom; they felt such virtues surpassed the dance making of most other choreographers,” Alastair Macaulay wrote for the New York Times. With his choreography, Tudor explored the psyche and centered on themes of death, societal oppression and the nuances of relationships.

Fun Fact: Mikhail Baryshnikov said, that for a dancer, performing in even one of Tudor ballets amounts to “a passport to become mature; to be an adult dancer, a dancer in depth, and it was an obvious school for everyone.” 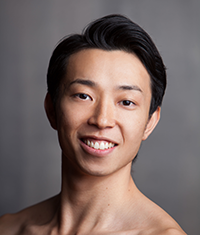 Yoshiaki Nakano, 27, was born in Japan. He began training with his mother at the Elite Ballet Studio in Osaka, Japan, and went on to train at San Francisco Ballet School and in PBT School’s Graduate Program. Nakano is a six-year PBT company member and debuted his first work for the company earlier this season at PBT’s Ballet Under the Stars performance at Hartwood Acres. He previously choreographed for the Pre-Professional students of Pittsburgh Ballet Theatre School and for performances of the Dancers Trust, a local organization founded to support retiring dancers. In 2014, Dance Magazine ranked him on its “25 to Watch” ranking of rising talents from professional companies around the world. He won the gold medal at the 2013 Bejiing International Ballet and Choreography Competition in China and the silver medal at the 2010 World Ballet Competition in Orlando, Florida.