He may not be an Instagrammer, but Artistic Director Terrence S. Orr has curated his own #TopNine photos for the company’s defining moments of 2015. 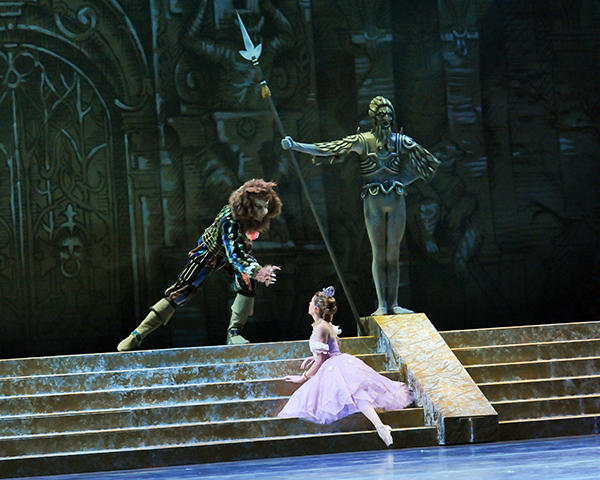 1. The Moment: The Pittsburgh premiere of Lew Christensen’s Beauty & the Beast

The Movement: “This scene, and their reactions to each other, really sets the mood for this story.

The Meaning: “Beauty & the Beast is important to me because (Lew Christensen) was the first director and choreographer that I worked with as a dancer. Four other former San Francisco Ballet dancers who now work for PBT also were part of this production at one time or another. It was an important addition to our repertoire.” 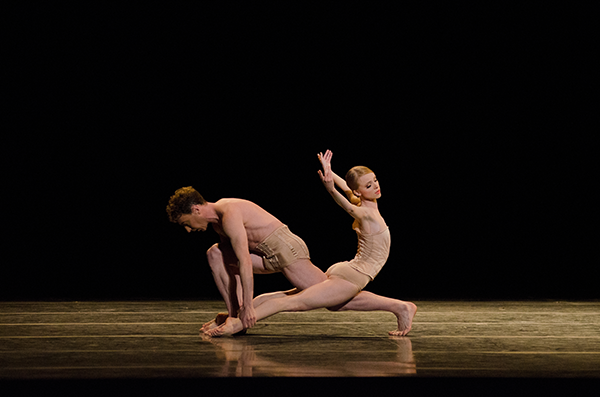 The Movement: “The expression on Amanda’s face, the intensity of Chris. You can see how immersed the dancers were in this work. It was really a career high for many of them, myself included.”

The Meaning: “Petite Mort is a masterpiece in its own right. It’s a work I feel really strengthens our reputation in the ballet world. Petite Mort was very special for us because we had never done anything of this degree – of Jiří Kylián – before. He works with swords and materials to cause amazing illusions on the stage. The movement itself is the epitome of his black and white ballets. It’s the beginning of a whole era for Kylián. Also on the program was Mark Morris’ Sandpaper Ballet and Jerome Robbins’ The Concert – PBT’s first Robbins work. It’s a very funny and theatrical work. For me, these three ballets are something I’ve wanted to do as a company for about 20 years. They were on my bucket list.” 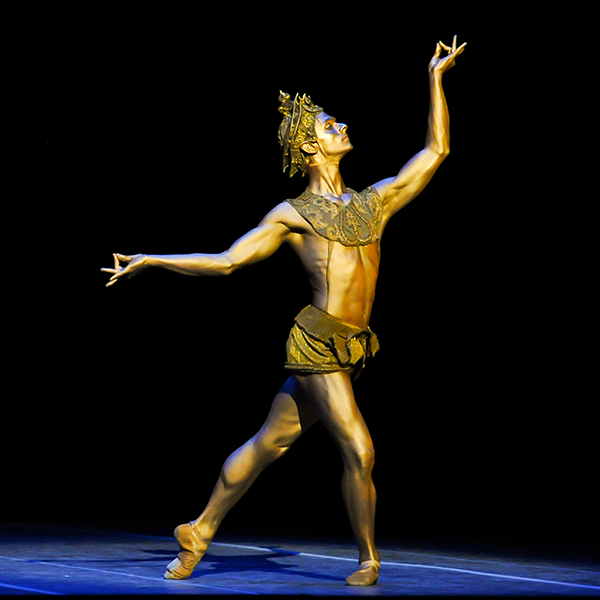 3. The Moment: The Pittsburgh premiere of La Bayadère

The Movement: “Luca (Sbrizzi) as the Golden Idol is just one of the signature parts of La Bayadere. It’s a beautiful photo and identifies it right away as La Bayadere.”

The Meaning: “Also (in the honorable mentions reel) to be able to see Yoshi (Nakano) and Amanda (Cochrane) with the Corps de Ballet in the Kingdom of the Shades, which is the famous act of La Bayadere…I was very proud of our dancers being able to pull off such a feat with such quality. The immensity of this ballet is on the scale of works performed by the Kirov.” 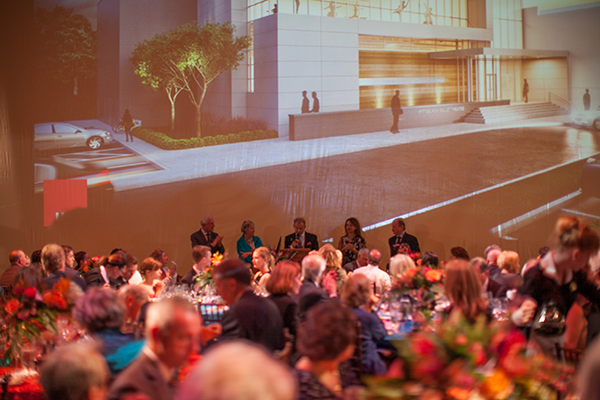 The Movement: “Among the crowd of supporters, you can see me and Harris Ferris, our executive director, up at the podium. That’s Carolyn and Bill Byham, lead supporters of our new annex building (rendering in background) and just game-changing advocates for PBT from the start. There too are Dawn and Chris Fleischner, PBT School parents who have joined the Byhams in spearheading our Campaign and playing a key role in our future.”

The Meaning: “Celebrating our 45th and paying tribute to our original founding board chair, Loti Falk Gaffney, and founding artistic director, Nicolas Petrov, was really a huge honor. It was exciting to have everyone join us for a huge dinner part on the stage after the final dress rehearsal for La Bayadere.  We’d never done an event like this before. I was a really nice celebration for the people who have been involved with PBT for a very long period of time and who have really sustained the company over the years. They’re a part of us.” 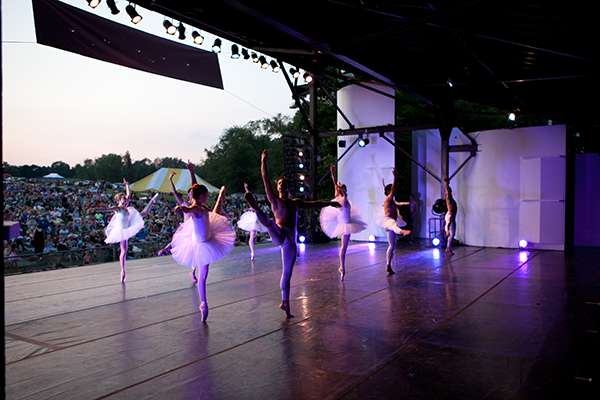 5. The Moment: The Hartwood Acres debut of new work by Yoshiaki Nakano

The Movement: “Yoshi has really shown a bright mind of choreography and a strong dynamic with his colleagues. They found it exhilarating to be part of the creative process.”

The Meaning: “I’m very proud of the choreographic efforts going on at PBT right now. I have five choreographers, who are really up and coming, working on ballets. To be able to show one movement of Yoshi’s work at Hartwood was a very proud moment for PBT in the summer of 2015. And we’ll see it in its entirety in March at Mixed Repertory #2.” 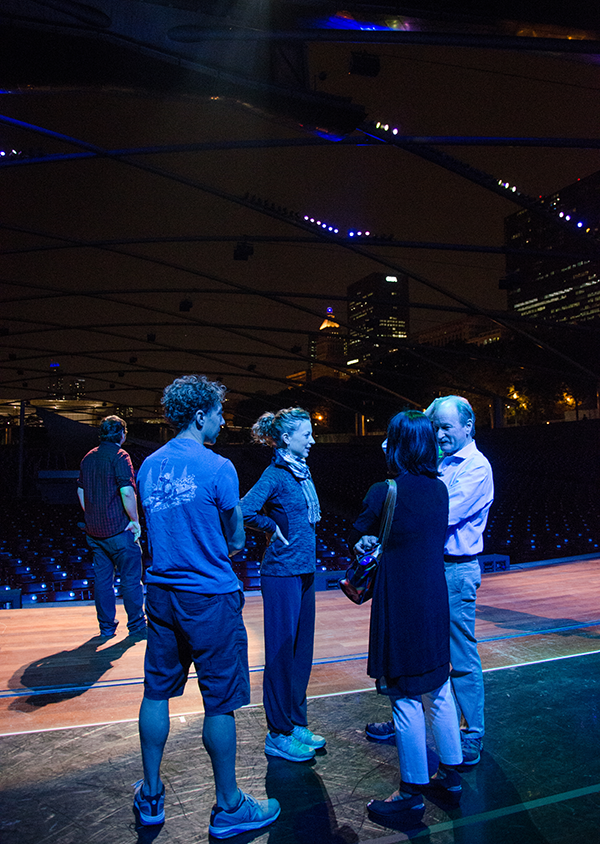 6. The Moment: PBT’s debut at the Chicago Dancing Festival

The Movement: “Here, on the Millennium Park stage, principal dancers Alexandra Kochis and Christopher Budzynski are discussingthe coming performance with me and Marianna Tcherkassky, my wife and PBT’s Ballet Mistress.”

The Meaning: “It was a big honor for us to be invited to the Chicago Dancing Festival, to be on that stage and join with so many other major companies in Chicago. That was a really nice moment for us.” 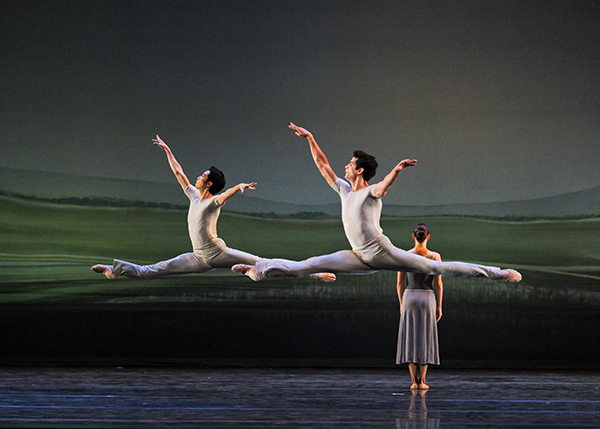 The Movement: This photo just captures the energy of Jiří Kylián’s Sinfonietta, one of my favorite ballets.

The Meaning:  “All three ballets were signature works of three great choreographers. Mr. Balanchine’s Western Symphony was a key work. The turning point for Jiří Kylián was Sinfonietta. He choreographed it in a very short period of time for a festival and it turned out to be one of his key, brilliant pieces. The same thing for Forsythe with In the Middle, Somewhat Elevated. It’s a phenomenal ballet that actually put him on the map. To have all these three works together was a very powerful evening and to see our company at such a level, with the ability to dance and get the permission to dance ballets by Jiří Kylián and William Forsythe is a real honor. The 30 dancers we have in the company are just incredibly talented.” 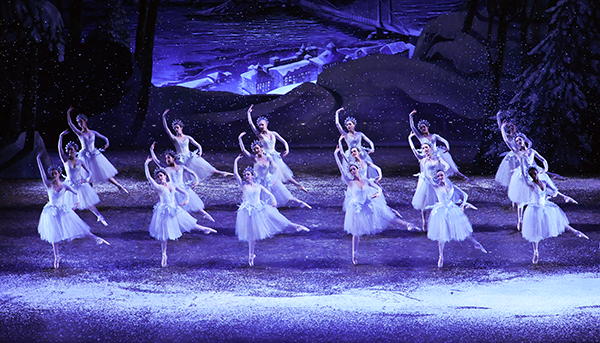 8. The Moment: The Nutcracker

The Movement: “I love seeing all of the women of the Corps de Ballet with Pittsburgh’s Mt. Washington view in the background.”

The Meaning: “The Nutcracker. We do it every year, but to be able to see Nutcracker grow these last few years – not only artistically but in terms of attracting new audiences – is just tremendous. With increased ticket sales and a growing number of performances, we’re seeing a response to what is actually a very complex ballet about love, about Pittsburgh, about all kinds of occasions. More and more people are appreciating this and coming to watch it more than once.” 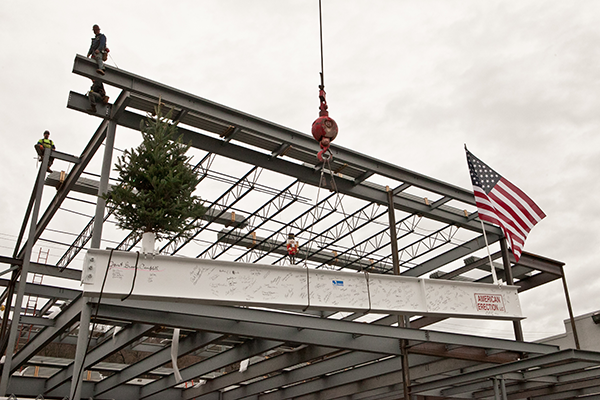 9. The Moment: The Topping Out of PBT’s new Byham Center for Dance

The Movement: “On Dec. 23, we gathered with our dancers, staff and supporters to celebrate the placement of the final structural steel beam on our new studio annex building.”

The Meaning: “There’s been talk for a long time of adding an annex to PBT to have more studio space to fulfill the long-term potential and growth of the school and company. To actually see the steel coming out of the ground now and it all coming to fruition, understanding that we’ve made substantial progress on the fundraising – it’s all moving forward now. Plus, the fact that in about six months we’ll have a building to start classes and rehearsals is very exciting.”

Sub-title
The Director’s Top Photographic Moments of the Year