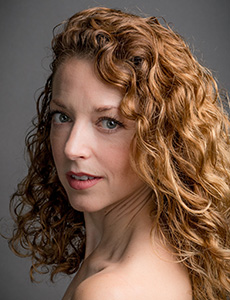 After 27 years as a professional dancer and 16 years at Pittsburgh Ballet Theatre, Principal Dancer Alexandra Kochis has announced that she will be retiring at the end of the 2021-2022 season. Her performance as Odette-Odile in Swan Lake with the PBT Orchestra on Saturday, May 14 at 7:30 p.m. will be her last with the company. Alexa has been a principal dancer with PBT since 2009.

“It has been a pleasure to have the chance to work with Alexa over these last two years,” says Artistic Director Susan Jaffe. “The exquisite artistry of her performances will truly be missed by all of us. We wish her well on her next chapter.”

Originally from North Andover, Massachusetts, Alexa began her ballet training at the age of 5, and studied six days a week throughout her childhood. After graduating high school, she planned to attend college at Georgetown University, but changed her mind when Boston Ballet’s Artistic Director of the time Anna Marie Holmes offered her a position with Boston Ballet II in the corps de ballet. Alexa joined Boston Ballet II in 1995 and the company in 1998, where she met her husband Christopher Budzynski.

In 2006, Alexa and Chris relocated to Pittsburgh and both joined Pittsburgh Ballet Theatre — Alexa as a member of the corps de ballet and Chris as a soloist. Alexa became a principal dancer in 2009.

“I felt very supported and valued by Pittsburgh Ballet Theatre for the dancer that I was,” she says. “That allowed me to put myself out there more. Because the repertoire was so diverse, it was really food for growth. I certainly have danced roles and worked with choreographers that I never dreamed I would.”

“What a wonderful experience it has been to watch Alexa’s journey through this art form,” says Alexa’s husband and PBT School Faculty member Chris. “She has touched many lives and souls as she transcended the boundaries of the technique.”

Of her final performance in Swan Lake this May, Alexa says she is thankful for the technically difficult, physically demanding nature of the role of Odette-Odile. “The technique takes my mind off the emotional aspect of retiring because I focus on the work,” Alexa says. “I’m a big dramatic enthusiast, so it’s always nice when I get to die at the end of a ballet,” she adds.

After retiring, Alexa says there are many new possibilities on the horizon that she looks forward to, including teaching dance, writing fiction — an endeavor she began investigating during the pandemic — and lots of travel and camping trips in the mix.

“Throughout my career, I feel like PBT has preserved a familial ethos. I’m really glad to have been a part of it,” Alexa says.

Audiences can see Alexa’s final performances with Pittsburgh Ballet Theatre at Swan Lake with the PBT Orchestra, running May 6 – 15 at the Benedum Center. Her retirement will be recognized at her final performance on Saturday, May 14 at 7:30 p.m.