The three new dancers – Jessica McCann, Emily Simpson and Kurtis Sprowls – come to the company from the Pittsburgh Ballet Theatre School Graduate Program. In their final days as PBT School students, the trio will perform in PBT School’s two year-end performances: Pre-Professional Showcase, May 15-17, at Point Park University, and Spring Performance 2015, May 22, at Byham Theater.

“The graduate program has produced so many exceptional talents, and I consider it a real asset to work closely with them as they develop as dancers,” said PBT Artistic Director Terrence S. Orr. “I am extremely proud of the strength of this company heading into the 2015-2016 Season. The caliber of our dancers has allowed us to take on ambitious new works, and really push ourselves as a company.”

Principal Dancer Nurlan Abougaliev and Soloist Elysa Hotchkiss marked their final performances with PBT at its 45th Anniversary finale “La Bayadère” with the PBT Orchestra. Hotchkiss will be joining Kansas City Ballet, and Abougaliev plans to do guesting and freelance dancing and teaching. 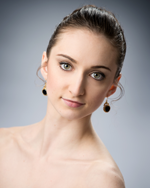 Jessica McCann – Apprentice
California native Jessica McCann trained for two years in the Pittsburgh Ballet Theatre School Graduate Program. Prior to PBT, McCann trained for a year with Alonzo King’s LINES Contemporary Ballet in San Francisco and completed summer intensives at American Ballet Theater in New York City and Royal Academy of Dance in Los Angeles. She also performed with Antelope Valley Ballet from 2010 to 2013 in her California hometown before moving to Pittsburgh to pursue the next step in her training. As a PBT School graduate student, McCann has performed in PBT company productions, including “The Sleeping Beauty,” “Beauty & the Beast,” “The Nutcracker,” “La Bayadère” and Mark Morris’ “Sandpaper Ballet,” part of the “PBT Premieres” program. 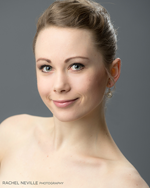 Emily Simpson – Apprentice
A native of England, Emily Simpson grew up in China and Thailand and went on to train for two years with the Pittsburgh Ballet Theatre Graduate Program. Before moving to the United States, Simpson’s training spanned a number of international programs. She was an International Trainee at Vaganova Ballet Academy in St. Petersburg, toured to China with Goh Ballet Academy of Canada, trained with Chiang Mai Ballet Academy of Thailand and the Nydza School of Dance and Performing Arts in England. While abroad, she also performed at the Mariinsky Theatre and Heritage Theatre with Vaganova Ballet. With PBT, she has performed in company productions of “The Sleeping Beauty,” “Swan Lake,” “Beauty & the Beast,” “La Bayadère” and “The Nutcracker.” 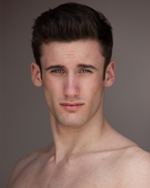 Kurtis Sprowls – Apprentice
Kurtis Sprowls, of Orrville, Ohio, trained for three years in the Pittsburgh Ballet Theatre School Graduate and Intensive Summer programs. Before joining PBT School, Sprowls trained with The Ohio Conservatory of Ballet and The Dance House in Ohio in addition to summer intensives at Nederlands Dans Theater, where he performed works by Paul Lightfoot, Sol Leon and Crystal Pite, and Jacob’s Pillow, where he performed in the opening gala of the 2013 festival. As a PBT School graduate student, Sprowls enjoyed performance opportunities in PBT company productions of “The Sleeping Beauty,” “Beauty & the Beast,” “Don Quixote,” “La Bayadere,” “Giselle,” “The Nutcracker” and “Moulin Rouge – The Ballet” among others. 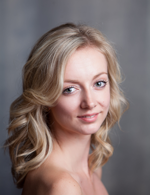 Hannah Carter – Promoted from Corps de Ballet to Soloist
A native of England, Hannah Carter joined Pittsburgh Ballet Theatre in 2013. Carter graduated with honors from The Royal Ballet School in London, where she had the opportunity to dance in a number of company productions and school performances. Before coming to the United States, Carter danced professionally with Estonian National Ballet as a member of the corps de ballet, performing in productions, including “Romeo and Juliet,” “Swan Lake,” “Coppelia,” “The Nutcracker,” “La Sylphide” and Balanchine’s “Who Cares?” During her two seasons with PBT, Carter has performed a number of leading roles, including Nikiya in “La Bayadère”, Marie in “The Nutcracker,” Lilac Fairy in “The Sleeping Beauty” as well as featured roles in Jiřί Kylián’s “Petite Mort” and Twyla Tharp’s “Nine Sinatra Songs.” 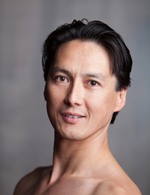 Nurlan Abougaliev
Nurlan Abougaliev joined PBT as a soloist in 2006 and was promoted to principal in 2010. Abougaliev was born in Kazakhstan, where he studied at Almaty Ballet Academy. In 1997, Nurlan moved to Moscow to work with the Russian National Ballet and later Moscow City Ballet. He has toured in the United States, England, China, South Africa, Japan and South Korea. Abougaliev came to the United States in 2003 to join the Ballet Internationale, where he trained with renowned teachers, including Irina Kolpakova and Vladilen Semenov. With Ballet Internationale, Abougaliev has performed in International Dance Festivals in Vail and Montreal. He has danced leading roles, such as Prince Siegfried in “Swan Lake,” Prince Desiree in “The Sleeping Beauty” and Albrecht in “Giselle” as well as principal roles in Balanchine’s “Theme and Variations,” “Who Cares?,” “Agon” and “Serenade.” Other roles have included Paul Taylor’s “Company B,” Twyla Tharp’s “In the Upper Room,” “Nine Sinatra Songs” and “Octet,” Dwight Rhoden’s “Ave Maria,” Mark Morris’ “Maelstrom” and “Drink to Me Only With Thine Eyes,” and Ben Stevenson’s “Dracula.” Nurlan and his wife, Aygul Abougalieva, are the proud parents of their daughter and son. 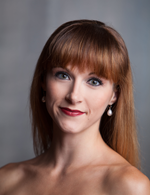 Elysa Hotchkiss
Elysa Hotchkiss is a native of Erie, Pennsylvania, and received her early training with the Lake Erie Ballet School.  She attended PBT School’s Intensive Summer Program, and was offered a full scholarship to attend PBT School Graduate Program.  Since joining PBT in 2004, she has performed such roles as the lead in Dwight Rhoden’s “Carmina Burana,” Lady Capulet in Jean-Christophe Maillot’s “Romeo et Juliette,” the Sugar Plum Fairy in “The Nutcracker,” Flora in “Dracula” and the principal pas de deux in Balanchine’s “Agon” among others.

Next Onstage: 2015-2016 Season Opens in October
From the choreography of George Balanchine to the music of Johnny Cash, PBT’s 2015-2016 lineup features major contemporary choreographers, audience favorite “Peter Pan” and the company premiere of the full-length classic “Le Corsaire” with the PBT Orchestra. The five-ballet season runs October through April. Season ticket packages are available online at www.pbt.org or by calling 412-454-9107. Single ticket sales open Aug. 31, 2015 at www.pbt.org.