PBT Artistic Director Terrence S. Orr has signed four new dancers to the company roster for the 2016-2017 Season, which opens Oct. 28-30, with Giselle with the PBT Orchestra.

Daniela Moya, Amanda Potts and Victoria Watford join the company from the PBT School Graduate Program. They’ll make their final performances as students in the school’s two year-end performances: Pre-Professional Showcases, May 13-15, at Point Park University, and Spring Performance 2016, May 20-21, at the Byham Theater. PBT’s newest male dancer, Yuto Ideno, comes to PBT from California where he danced in the Corps de Ballet of Silicon Valley Ballet.

“These dancers have excellent technique and a special presence about them that really captured our attention,” Orr said. “They are going to add a wonderful charisma to our company, and we look forward to getting into the studio with them in July when we begin rehearsing for our new season.”

The four dancers will make their official company debut at PBT’s free “Ballet Under the Stars” performance at 7:30 p.m. Sunday, Aug. 21, at Hartwood Acres, followed by “Giselle,” the company’s main-stage season opener, Oct. 28-30, at the Benedum Center.

Departing the company are Principal Dancer Christopher Budzynski, who will retire from a 10-season career with PBT following Giselle; Corps de Ballet Dancer Caitlin Peabody, who also has decided to retire from the stage; and Corps de Ballet dancers Molly Wright and Michaela King. 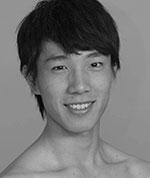 Yuto Ideno
A native of Japan, Yuto Ideno comes to PBT from California where he danced as a Corps de Ballet member of the Silicon Valley Ballet. He has performed as an apprentice with Ballet Dortmund in Germany and also trained with the John Cranko Ballet School in Germany and the Mie Hatanaka Ballet School in Japan. He has completed summer intensives at San Francisco Ballet, The Hamburg Ballet and with Canada’s National Ballet School. Among other awards, Ideno placed first in the senior category of the 2014 Youth America Grand Prix and second in the 2014 Japan Grand Prix. His repertoire includes classics like “Don Quixote,” “Giselle,” “The Sleeping Beauty” “La Bayadére” and “Swan Lake” and contemporary works, such as Ohad Naharin’s “Minus 16” and Jiří Kylián’s “Evening Songs.” 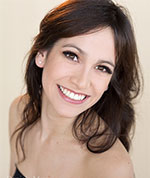 Daniela Moya
From Mexico City, Daniela Moya joins the company from the PBT School Graduate Program, where she has trained since 2013. Prior to PBT, Moya danced in Joffrey Ballet’s Trainee Program, trained in her native Mexico City where she received the internationally recognized Solo Seal Award and completed a summer performance course with Royal Academy of Dance in London. Her repertoire includes Balanchine’s “Serenade,” Lew Christensen’s “Sinfonia,” “Raymonda,” “Coppélia,” and “Paquita.” With PBT, Moya has performed with the Corps de Ballet in “La Bayadére,” “Western Symphony,” The Nutcracker,”  “Beauty and the Beast,” “Sleeping Beauty” and “Swan Lake.” 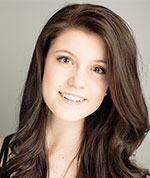 Amanda Potts
Texas native Amanda Potts joins the company from the PBT School Graduate Program, which gave her main-stage experience in PBT productions of “Le Corsaire,” “Peter Pan,” “The Nutcracker” and in Mark Morris’ “Sandpaper Ballet” on tour at the 2015 Chicago Dancing Festival. Prior to PBT, she trained with Martelly School of Ballet in her hometown of Marshall, Texas, and at the University of North Carolina School of the Arts, where she performed works, including Balanchine’s “Allegro Brillante,” Ashton’s “Birthday Offering” and “The Sleeping Beauty.” Her training also includes four years with Longview Ballet Theatre in Texas and summer intensives at The Rock School for Dance Education, North Carolina Dance Theater, Boston Ballet, Carolina Ballet and PBT School. Potts, who was the salutatorian of her high school in Texas, just earned a Bachelor’s in Fine Arts from the University of North Carolina School of the Arts. 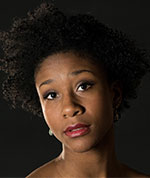 Victoria Watford
Victoria Watford, of Cleveland, Ohio, joins the company from the PBT School Graduate Program, where she has trained since 2014. Prior to PBT, Watford trained with the Cleveland School of Dance for more than 10 years and performed with Cleveland Youth Ballet Company in “Diamonds,” “Don Quixote,” “The Nutcracker” and other works. She has completed several summer intensives at PBT School, and has performed in main-stage company productions of “The Sleeping Beauty,” “The Nutcracker,” “Beauty and the Beast,” “La Bayadére,” “Western Symphony,” “Peter Pan” and on tour at the 2015 Chicago Dancing Festival in “Sandpaper Ballet.”