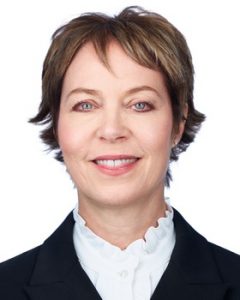 Effective December 2022, the Former ABT Principal Dancer Will Return to the NYC Company as Artistic Director

PITTSBURGH, PA (May 9, 2022) – Pittsburgh Ballet Theatre Artistic Director Susan Jaffe announced this morning that she has been named Artistic Director of American Ballet Theatre, where she spent more than 30 years of her career. She will begin her new role at ABT in December. PBT remains in an excellent position to further realize the company’s vision and mission.

“What a profound honor it is for me to come back home to lead the artistic helm of American Ballet Theatre,” says Ms. Jaffe. “I have experienced so many iterations of my career at ABT. I was a student, second company member, main company member, teacher in the school, advisor to the chairman and a director of repertoire for this company. However, I wouldn’t have been able to take on this new challenge without everything I accomplished at PBT. It is an outstanding organization.”

“We are grateful for the contributions Susan has made to PBT,”says PBT Board Chair Mary McKinney Flaherty. “I look forward to working with the executive search committee to identify the next artistic director.”
Ms. Jaffe is PBT’s sixth artistic director in the company’s 53-year history. From the organization’s founding in 1969, PBT has evolved into a critically acclaimed company with international reach.
Her tenure featured many artistic achievements, including:
● Choreographing a new Swan Lake that debuted last Friday
● Stewarding PBT’s presence during the COVID-19 pandemic and spearheading
the creation of a robust library of collaborative and innovative digital programs,
including Fireside Nutcracker which won three Telly Awards
● Launching the Open Air: A Series in Celebration of the Performing Arts outdoor
festival in partnership with executive director, Harris Ferris, where she debuted
Bolero, her first original piece of choreography for PBT, which was also
performed at the Carnegie Museum of Art’s Hall of Sculpture
● Guiding a successful return to the stage with Season Premiere with the PBT
Orchestra in October 2021
● Promoting innovative and classical works by leading choreographers, including a
showcase of five female choreographers at Here + Now in March 2022
● Launching a collaborative program between Pittsburgh Ballet Theatre School and
Point Park University in which graduate students of PBT School can receive
academic instruction from Point Park and earn a B.F.A. in dance in two years