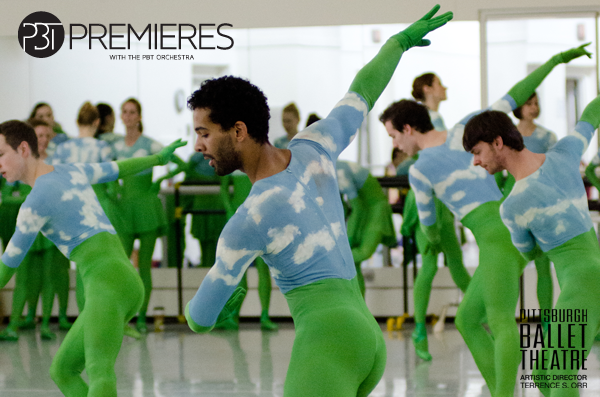 The program “shows the kind of broad strength the company has in dancing different kinds of ballets,” says artistic director Terrence Orr. The fact that PBT is able to execute a program of this diversity and caliber “puts us way at the top with a lot of good companies.”

“If Pittsburgh Ballet Theatre’s 45th-anniversary season were wine, it would be a vintage year: Every production is a most desirable bottle, none more so than PBT Premieres, to be performed with the PBT Orchestra, March 6-8 at the Benedum Center.

The program of three masterworks by three choreographic giants ranks among artistic director Terrence Orr’s finest offerings in the 18 years he has led the company.”