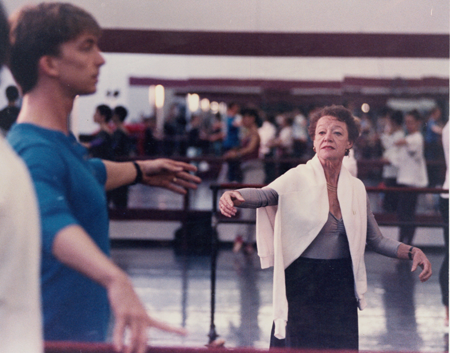 As Pittsburgh Ballet Theatre’s Artistic Director from 1982 to 1997, Wilde brought her signature Balanchine technique to the company, developed a distinctive repertoire of classics and new works and greatly expanded Pittsburgh Ballet Theatre School. During her tenure, Wilde introduced many Balanchine classics to the PBT repertoire and commissioned new works from rising choreographers. Wilde began her ballet career at the age of14 with the Marquis de Cuevas Ballet Interationale, and joined the famous Ballet Russe de Monte Carlo one year later. As a principal dancer for 15 years with the New York City Ballet, Wilde was known for the remarkable speed, precision, technique and joy that she brought to her roles. Wilde completed eight international tours with NYCB and had the opportunity to perform nearly every major role in the repertoire, including roles created especially for her by renowned choreographer George Balanchine. Before coming to Pittsburgh Ballet Theatre, Wilde assisted Balanchine in establishing the school for the Grand Theatre of Geneva, was the first director of the Harkness House of Ballet in New York, was ballet mistress for American Ballet Theatre and was appointed director of the American Ballet Theatre School in 1979. She continues to teach today.

“Patricia Wilde was an unforgettable dancer and artist who left an indelible mark on the Pittsburgh Ballet Theatre legacy. Her artistic vision raised the national and international stature of the company and introduced a new level of technique and artistry to PBT. We are so pleased to see her receive this well-deserved recognition for her contributions to the art form – here in Pittsburgh, in New York and throughout the ballet world,” said PBT Artistic Director Terrence S. Orr.

At the awards event, an excerpt of Clarke’s Chéri, which will have opened the night before at Signature Theater, will be performed by Alessandra Ferri and Herman Cornejo. With Chéri, Ferri is making her first stage appearance in the U.S. since she retired from American Ballet Theatre in 2007. New York City Ballet principal Ashley Bouder will perform an excerpt of Balanchine’s Square Dance in tribute to Wilde. The evening is open to the public with a reception immediately following in The Ailey Studios.

The Dance Magazine Awards are lifetime achievement awards. They recognize the outstanding men and women whose contributions have left a lasting impact on the dance world. The tradition dates back to 1954. Past honorees include Mikhail Barsyhnikov, Maria Tallchief, George Balanchine and Antony Tudor. Find a complete list of past honorees at http://www.dancemagazine.com/awards.