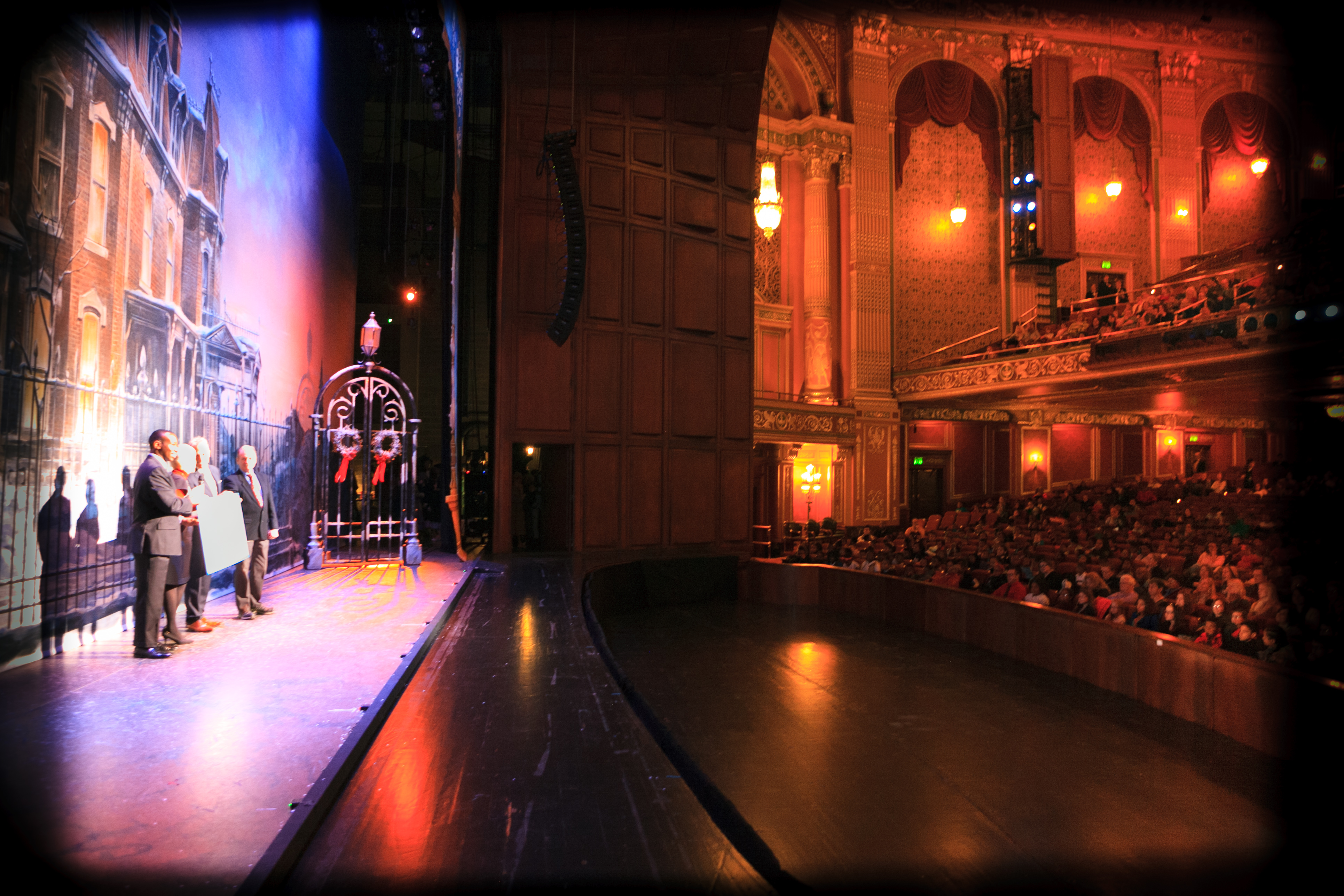 More than 1,600 students and educators filled the Benedum Center to kick off Pittsburgh Ballet Theatre’s month-long run of the holiday classic, “The Nutcracker.” Sponsored by Highmark, the Student Matinee performance took the stage at 11 a.m. Friday, Dec. 4, at the Benedum Center.

“Research conducted by the U.S. Department of Health and Human Services has shown that the arts and arts programs have positive effects on physical health, cognitive health and social well-being,” said Mary Anne Papale, director of community affairs for Highmark Blue Cross Blue Shield. “As the region’s leading health insurer, Highmark aims to help keep the community healthy. Sponsoring programs like the Pittsburgh Ballet Theatre’s Student Matinee helps ensure that children have access to activities that promote a healthy lifestyle.” 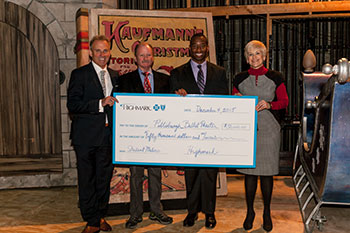 Just before the curtain rises on the production, Papale presented a $50,000 check to PBT Artistic Director Terrence S. Orr and Executive Director Harris Ferris. The sponsorship allows PBT to offer affordable ticket prices for schools, present professional development workshops for teachers and offer supplementary materials that integrate the ballet into classroom curriculum. During the Student Matinee performance, PBT offered students a behind-the-scenes peek at production by raising the curtain during intermission so students can view set changes with commentary from Mr. Orr.

“We are incredibly grateful for Highmark’s support of this performance. It makes such a strong statement about how vital the arts are to our students’ educations,” Orr said. “For many at our Student Matinee performances, this is their first glimpse of ‘The Nutcracker’ and often their first ballet experience overall. We are incredibly proud to partner with Highmark to make this experience possible. It’s inspiring for young people to experience live art and the power of imagination.” 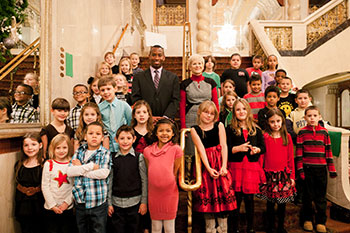 Pittsburgh Ballet Theatre’s classic “The Nutcracker” has been a Pittsburgh tradition for 14 years. Set to Tchaikovsky’s sublime score, a dreamlike journey unfolds through a moonlit snow scape to a whimsical Land of Enchantment. More than 100 dancers bring to life iconic choreography from the wondrous waltz of the snowflakes to the pristine Sugarplum Fairy pas de deux. PBT’s “The Nutcracker” brings the story home for a holiday tradition inspired by Pittsburgh landmarks and traditions.

This year, Artistic Director Terrence S. Orr has introduced several new touches – adding additional dancers to the Waltz of the Flowers, redesigning the Rat King’s elaborate headpiece and adding new surprises to the Party and Battle scenes. The most dramatic difference will be a brand-new Christmas tree, which famously grows in Act I as the enchantment takes hold. PBT has commissioned a hand-crafted drop, which heightens the tree and amplifies the special effect.

In addition to PBT’s 30 company dancers, over 130 PBT School students, ages 7 and up, perform throughout the run as toy soldiers, clowns and other enchanted characters. PBT will present 24 performances of “The Nutcracker,” Dec. 4-27, at the Benedum Center. Tickets start at $28 and are available at www.pbt.org, 412-456-6666 or the Box Office at Theater Square.

About Pittsburgh Ballet Theatre
One of the most exciting ballet companies in the United States, Pittsburgh Ballet Theatre has built a legacy of excellence and innovation since its founding in 1969. Its eclectic style has been shaped by a series of distinguished artistic directors over four decades. In the 1980s, former New York City Ballet Principal Dancer Patricia Wilde led the Company to new heights and national acclaim with an emphasis on virtuosic technique and works by the modern masters, including her mentor, George Balanchine. Since 1997, the Company has flourished under the direction of Terrence S. Orr, former American Ballet Theatre ballet master and principal dancer. Mr. Orr has created a powerful repertoire, including fresh versions of traditional ballets, original works commissioned to contemporary American music and dramatic works that push the boundaries of ballet as an art form. Through more than 50 performances each year at home and on tour, PBT audiences discover the passion and joy of ballet.