In a stunning 45th Anniversary Season finale, PBT debuts the drama-charged  La Bayadère with the PBT Orchestra, onstage April 17-19, at the Benedum Center. This classic takes the stage for one weekend only, so here are our Top 5 Reasons not to miss it! 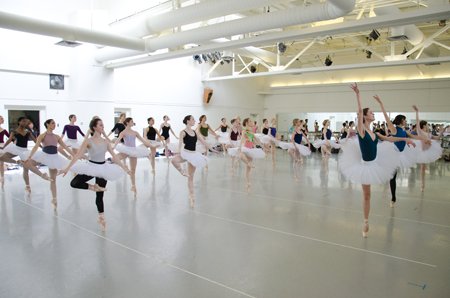 2. HIGH DRAMA
This is the story of a noble warrior, the temple dancer he loves and the royal powers that tear them apart. Intrigue and jealousy fuel a love triangle that tempts the hand of fate. Combined with a venomous snake and a dose of divine intervention, this plotline is irresistibly juicy. 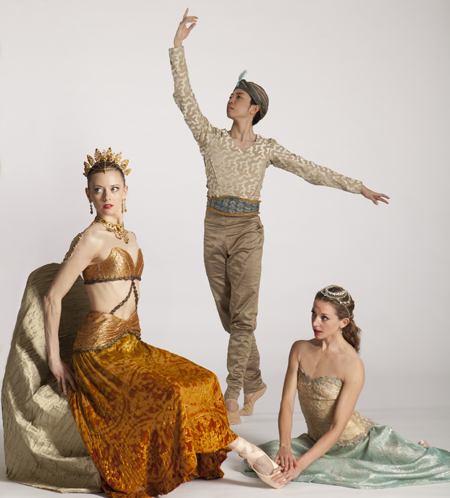 3. STUNNING CLASSICISM
Swan Lake may claim the name recognition, but La Bayadère’s hypnotic “Kingdom of the Shades” is one of the most iconic ballet en blanc scenes in ballet (picture pristine white tutus). This scene epitomizes the synchronization of the corps de ballet as 24 ballerinas descend on the stage in arabesque. 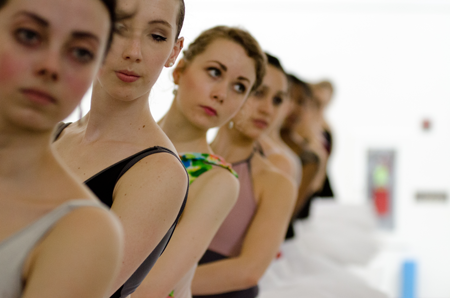 4. EXOTIC SETTING
Accented by rich jewel tones and gilded scenery, the scenic design creates a mythical ambiance with opulent temple and palace scenes and sweeping vistas. Plus, look out for the seven-foot elephant!

5. THE PBT ORCHESTRA
Under the baton of Maestro Charles Barker, the PBT Orchestra will bring to life Ludwig Minkus’ atmospheric score, which is full of musical motifs that underscore the drama. 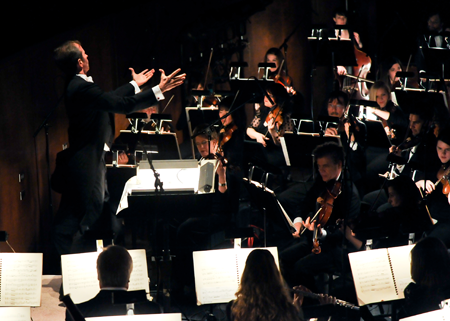 Get Your Tickets: Don’t miss this stunning season finale, onstage one weekend only – April 17-19, at the Benedum Center!
Step into the Studio: View a photo gallery from rehearsals
Casting: Find out who’s dancing the leading roles.