Backstage at the Benedum, calm – and a certain sense of coziness – pervades during The Nutcracker. Dressing rooms become mini homes away from home and cast members have never felt more like family. Onstage, dancers have 24 performances to explore their roles, luxuriate in the magic and live fully in the moment. Here, five dancers the moments they treasure most. 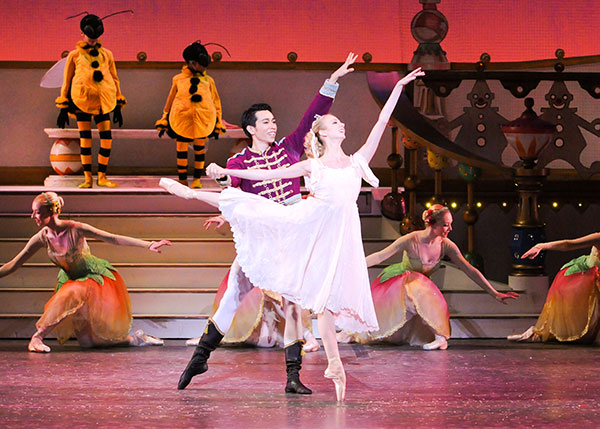 “My favorite part of The Nutcracker is the magic tricks. I think they are so clever and magical, especially the doll boxes. They are one of the best Nutcracker doll tricks I have seen!” 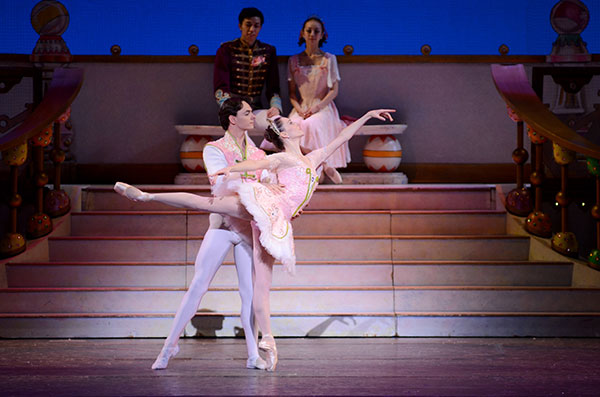 “My favorite moment in The Nutcracker is during the Grand Pas de Deux between the Sugar Plum Fairy and the Cavalier. I love performing the whole Pas de Deux, but there is a very specific moment at the beginning, after my partner (Gabrielle Thurlow) and I have just walked down the steps to the center of the stage. I offer my hand to her, and as she steps on pointe we look at each other right in the eyes. It’s the first time we connect on stage and there is something so magical about it. It sets the mood for me and feels like a reciprocal exchange of trust and respect. It may seem like a simple moment, but it’s one that I always truly enjoy and cherish.” 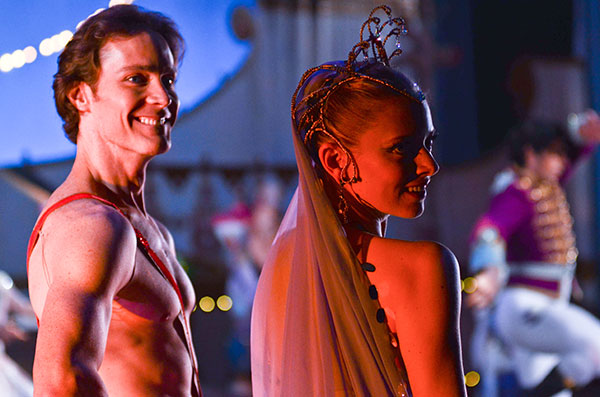 “It’s hard to choose one favorite moment in The Nutcracker. These are a few of my favorite things…Wearing the super soft and silky Arabian scarf…Snowflakes that fall on my nose and eyelashes (and really make you feel like you’re in a winter wonderland)…The young children dressed in their holiday best that tour backstage and watch us warm up with wondrous eyes, even as we are dressed in a motley array of warm-up clothing that has us looking like Randolph and Mortimer from Coming to America…Hugging my coworkers like 50,000 times during the month of December because we are all so happy for one another when we get to be onstage, thriving…Semi-disguisedly laughing onstage with my partner because of something only we see…Remembering that I used to think the beginning of the Grand Pas de Deux music sounded like Heart and Soul when I was a kid every time I step onstage to dance it.” 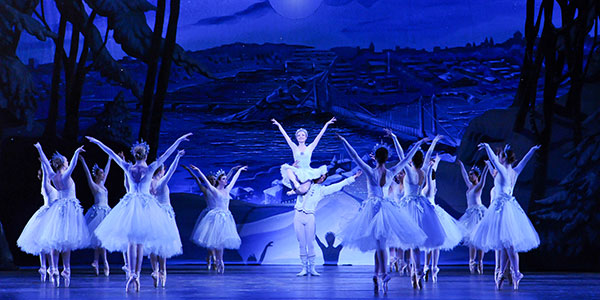 “My favorite moment in The Nutcracker would definitely have to be the Snow Pas de Deux. It happens right after all of the excitement and commotion of the battle scene, and the Snow King and Queen enter with this calming presence, turning a nightmare into a dream. The scrim goes up and suddenly the set is changed from the larger than life battle scene to this beautiful snowy overlook of Pittsburgh from Mount Washington. The music is probably the most beautiful music in the entire program. I get completely lost in it and I just have the most amazing time dancing with my partner, Diana Yohe. We always joke that we could dance that pas every show and never get tired of it. The pas also has a very sentimental value to me also, as the first time I performed it was the night I found out my grandmother had passed. I swear she was there with us. I’ve never felt more calm onstage, and looking back, I know she was there smiling down on us, if not dancing with us.” 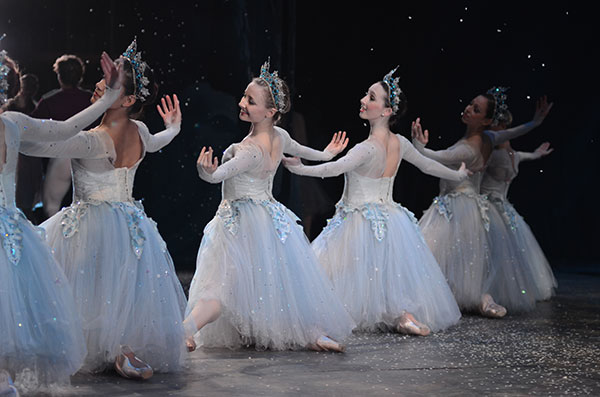 “I love performing in our sensory-friendly shows. It’s not very often we get to see the audience. It was so special to me to be able to see all the people that came enjoying the show so much. By the time we got to bows there were tears in my eyes. I feel blessed to be able to perform and share the art of ballet with people who don’t often get the chance to see it!”

Call 412-454-9101 or email groupsales@pittsburghballet.org for details.

Sub-title
5 Dancers Share A Few of their Favorite Things