Look at this face… 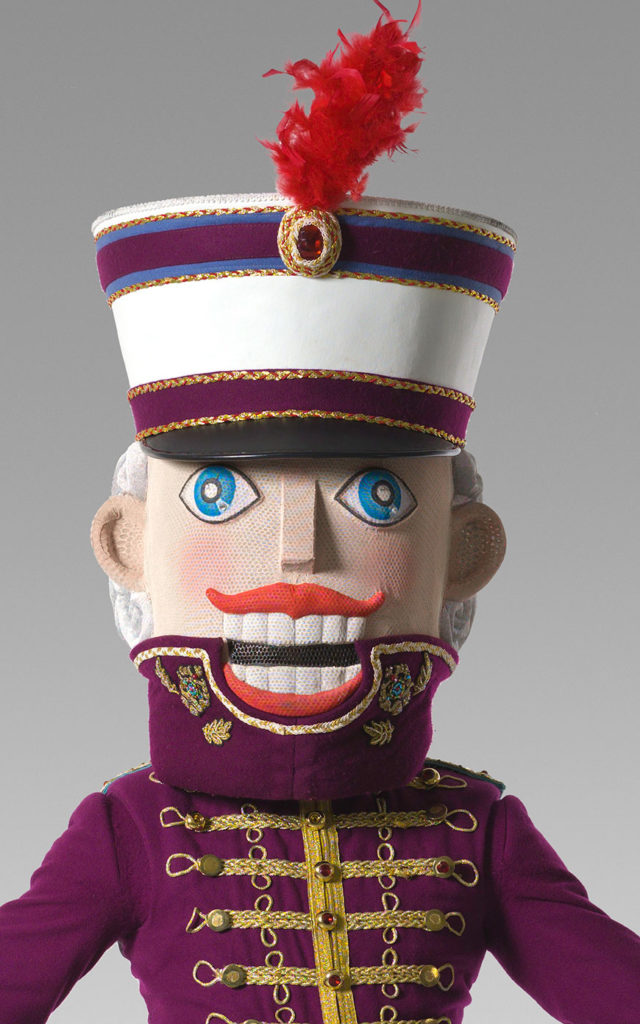 …and now meet the man behind it.

For artisan Svi Roussanoff, of the PBT Costume Shop, his art started as a game.

As a kid in his native Kiev, Ukraine, he would fashion toys out of makeshift materials for his neighborhood friends.  One day after a heavy rainfall, he remembers using the grit of the sidewalk to carve Styrofoam armadas perfect for puddle sailing.

Many years later, he’s playing a much higher stakes game – building creations that grace the stage and reach thousands of audiences annually.

But for Roussanoff, it’s essential to keep the original playfulness at the heart of every creative project.

His father was a professional costume designer, who exposed Roussanoff to the theater world at an early age and taught him how to make costumes in college.

“I’m lucky to have such an exceptional parent who did not hinder my dreams, but encouraged them, Roussanoff said. “Regardless of what you do, if you do it well, it becomes an art.”

One of Roussanoff’s first projects with PBT came in 2011 when the company’s iconic Nutcracker headpiece, designed by Zack Brown, began showing signs of wear. Roussanoff stepped up to the challenge of re-engineering it.

He thought long and hard about how he could rebuild a lighter, stronger version without compromising the face that Pittsburgh audiences have come to know and love.

He experimented with weight distribution and alternative materials before carving the final mold and beginning the meticulous painting process.

At the end of six months of work, he produced a gleaming head that retains the same traditional charm, but takes considerable weight off the shoulders of the dancer who has to leap across the stage in it.

Constructed from a lightweight mold of plastic mesh, the Nutcracker head allows a full 360-degree view of the stage. The bright blue eyes are accented with light-reflecting crystals, and a dashing red feather crowns the top of the equally (and deceivingly) feather-light hat.

It’s a face that has become a symbol of the show itself and the magic it’s all about. 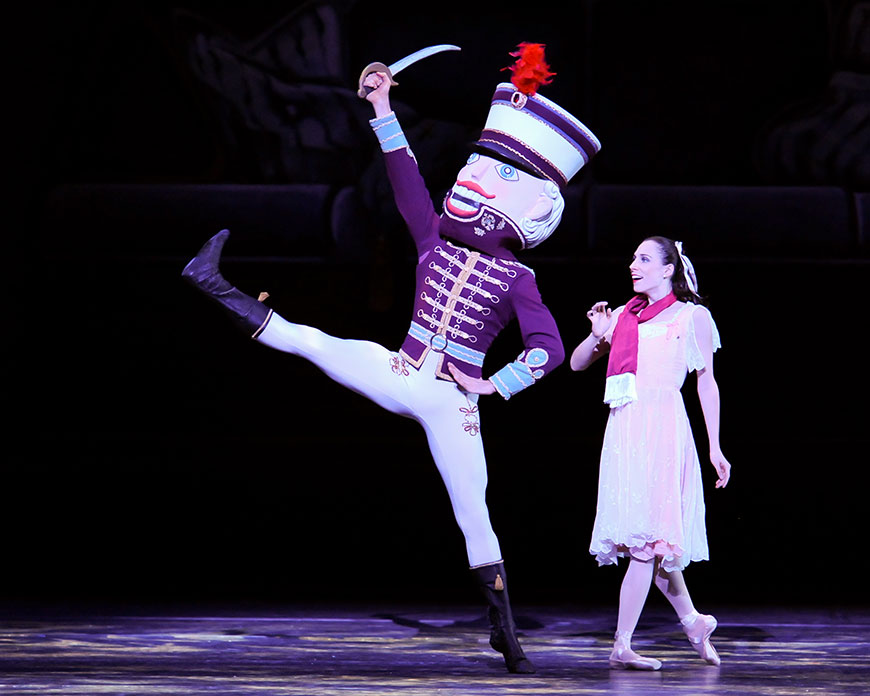 “I spent nearly six months on it just figuring out what I could to make it unique in its construction,” Roussanoff said.

His next challenge came from the Rat King and a commission to re-engineer and slightly modify the features of a character nearly as iconic as the Nutcracker. Roussanoff wanted the face to evoke a shudder of delicious dread – but not necessarily nightmares.

He started by returning to the original sketch by costume and scenic designer Zack Brown. In a quest to assemble materials that stand out, breath and distribute weight, he scavenged supplies from auto part and hardware stores (and even a gas station). 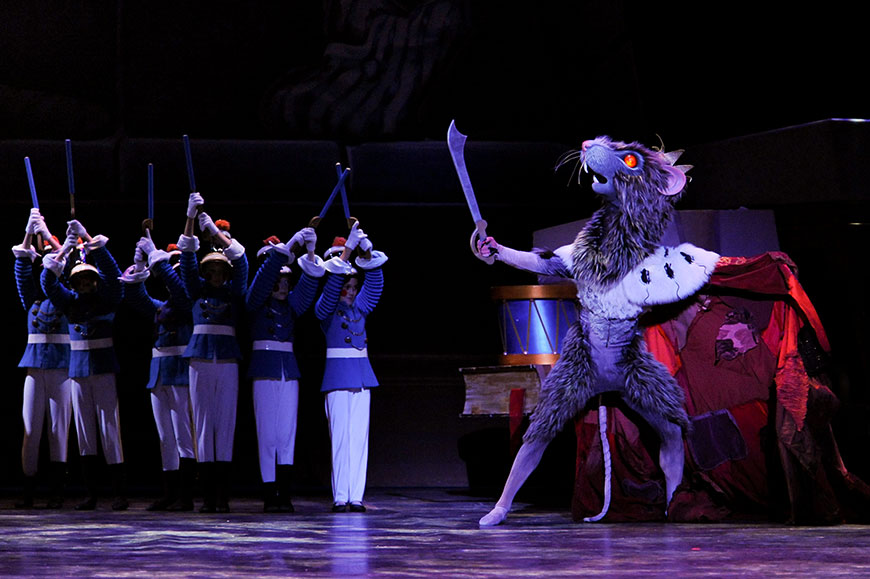 Beyond the masks, Roussanoff helps Janet Groom Campbell’s team with other costume builds, including the company’s recently redesigned Giselle and other specialty Nutcracker costumes, including the bumblebee wings, the sheep and refurbishments to the mouse and rat costumes. He also built the beast headpiece for PBT’s 2015 production of Lew Christensen’s Beauty and the Beast.

“Ballet is a lot more complicated from the standpoint of actually having to engineer your costumes,” he said. “Not only does it have to fit, it has to function.”

When he finally sees the face he crafted onstage, in full costume and in full character, he feels a sense of fulfillment and maybe a sense of himself, reflected back from the stage.

“It’s exactly what I imagined.”