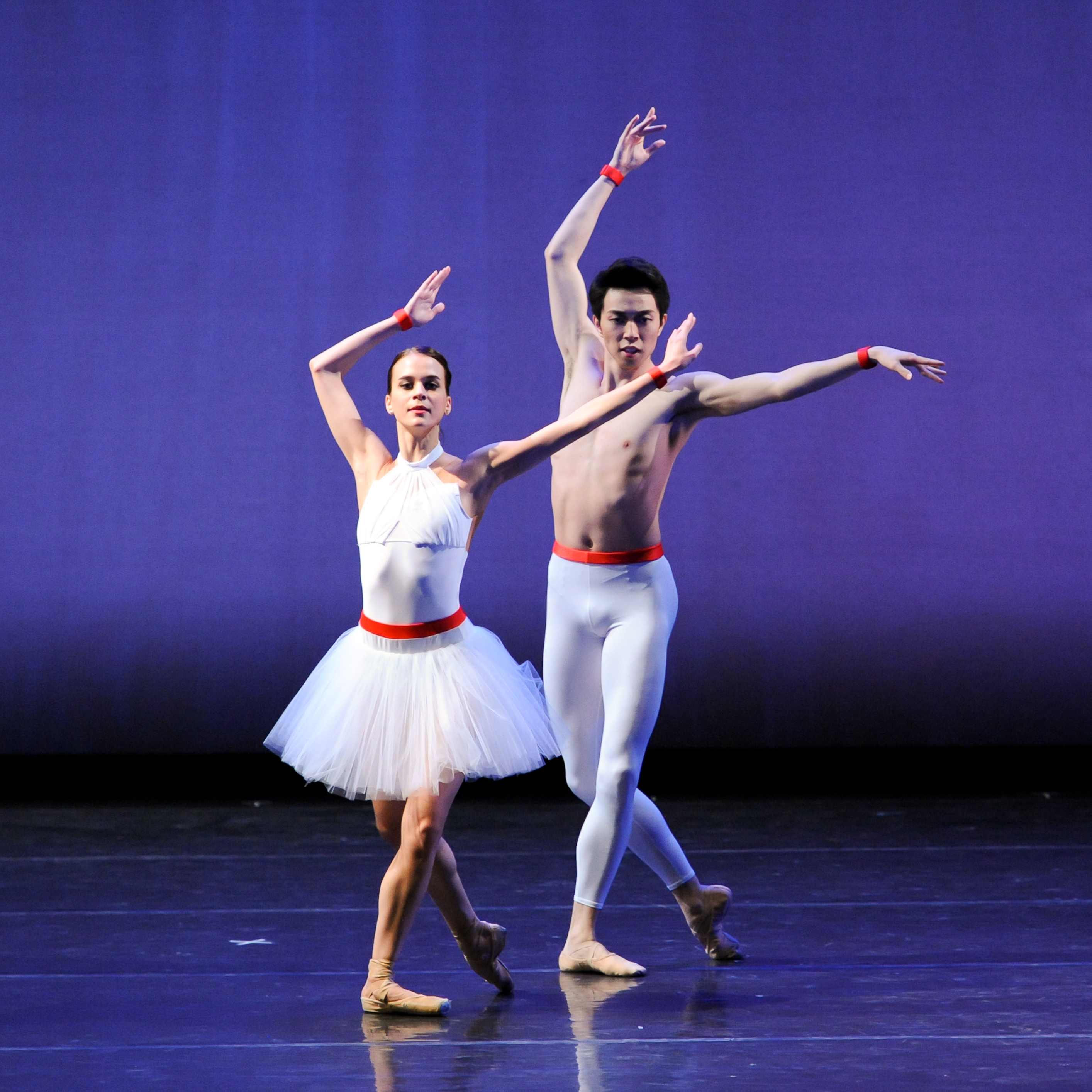 It’s a bright March morning, and PBT Principal Yoshiaki Nakano has come to the final movement of his new ballet.

Winter sun streams through the skylights, sending shafts of light across the sprung studio floors. In the quiet moments before rehearsal Nakano stands before the mirror, sketching shapes with his arms and contemplating the effect of the movement that he’s been holding in his mind’s eye.

A few minutes after 11 a.m., he calls his male colleagues into one of the ballet’s final formations to run through spacing and start the first eight-count. The movement ripples from Nakano throughout the formation as he models the choreography and its nuances – a flick of the risk, the angle of an arm, the direction of a collective gaze.

“I listen to the music like 100 times, and from there I get inspired,” Nakano said. “It’s beautiful music. I picture it in my head and then move around on my own. It’s neoclassical – I like putting some spice on classical choreography.”

Nakano is just 27 years old. He’s made a rapid ascent through the company ranks, starting as a PBT School graduate student in 2009, signing his first company contract in 2010, advancing to soloist in 2013 and then to principal in 2014.

Since then he’s earned his share of accolades. In 2014, Dance Magazine ranked him on its “25 to Watch” short list of top international talents. Locally, the Pittsburgh Post-Gazette has recognized him on its list of people raising the barre in Pittsburgh dance  and its People to Meet of 2016.

“I’m very proud of Yoshi. He’s a brilliant dancer and has a wonderful gift for choreography. We’ve all enjoyed being part of his creative process,” Orr said.

Nakano has choreographed on the pre-professional dancers of PBT School and for annual performances of the Dancers’ Trust, a nonprofit that supports dancers transitioning from ballet to the next stage of their careers.

Back home in Japan, his mom sparked his choreography pursuits around age 16. As the owner of the dance school where he trained, she challenged him to choreograph for a major international competition. Next week at the Byham, she’ll be in the audience to witness his main-stage debut. 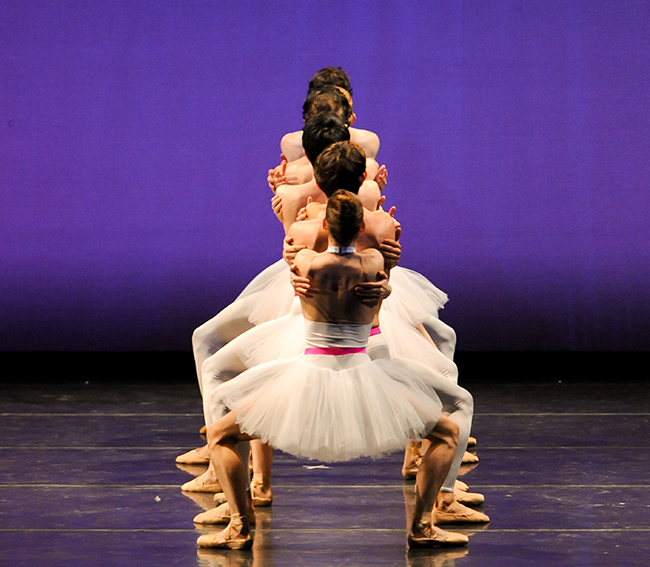 It’s a milestone that he’s not taking lightly. On a recent Wednesday afternoon he popped open his laptop in the studio’s atrium for an impromptu work-through with Corps de Ballet dancer Marisa Grywalski.

“It always in my head…driving home, lying in bed at night, waking up in the morning,” he said. “It’s really fun, really fun, but it’s also stressful. I need to manage my time, because it’s very limited.”

For him, the hardest stages are the beginning and end – two bookends to the creative process. Even when the piece is finalized, the process isn’t over for Nakano. He’ll help bring his own creation to life onstage as a featured performer.

“Yoshi is a great friend, so it is a joy to see him making great strides in pursuing his dream. The energy of this piece shifts a lot. There are moments that are simple, yet really beautiful, and then there are strong sections that are quite intricate,” said Corps de Ballet dancer JoAnna Schmidt, who partners with Nakano. “What’s intriguing to me is how he often has two or more couples dancing at the same time, but doing completely different choreography. There are moments when Yoshi and I are dancing together and a totally separate dance is happening at the same time. I feel like I’m dancing in my own world, someone else is dancing in their own world, and we’re both on stage at the same time. It’s awesome!”

The costumes are soft white tutus and leotards, accented with bright pops of color. Nakano picked nine accent shades, said Janet Groom Campbell, PBT costumier. Communication between the two is key; it’s important for her to understand his intentions and movement patterns in order to design costumes that complement the choreography.

“He knew he wanted white,” she said of the leotards and tutus. “You want input from the choreographer. It’s all a collaboration of talents.” 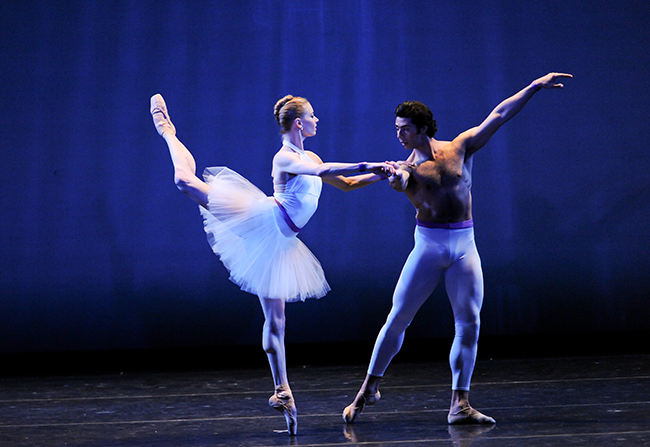 “The music has strength inside,” he said, of his decision to contrast bold bands of color with the simplicity of the white.  The shades and connotations of the colors also match the music – purples and blues for a more mellow feeling, reds and pinks as it intensifies.

For Nakano, “it’s an honor to do this.” And, it’s something he plans to pursue as long as he can.

“It doesn’t get boring. There’s so much music in the world. Every time I listen to classical music, it makes me want to make a piece.”

For more from Nakano, step into the studio with the Pittsburgh Post-Gazette for this behind-the-scenes video feature.

Learn more about the choreographers here!