Over the course of his career – and his life – Giselle has been a touchstone of sorts for Principal Dancer Christopher Budzynski.

And on Saturday, Oct. 29, it will be the final performance of his 22-season professional ballet career.

After 10 seasons with Pittsburgh Ballet Theatre, Budzynski will retire from the stage after dancing the lead role of Albrecht opposite Kochis’ Giselle.

For a decade of fans, fellow dancers and audience members, it’s the end of an era.

But’s it’s also a new beginning for Budzynski, who will be joining the full-time faculty of Pittsburgh Ballet Theatre School and helping to shape a new generation of aspiring artists. Starting this fall, he’ll take on a leadership role in the Men Division’s and instruct a variety of Pre-professional Division classes.

“It’s been such a journey. Part of the reason that the both of us looked toward coming to Pittsburgh Ballet Theatre was the repertoire and getting to do these fabulous classical ballets,” Budznyski said. “Every role has had something special.  Every time you work with somebody whether it’s a teacher, a coach, a partner or somebody setting a ballet, that’s part of what you become. I just feel very lucky. Those are the things that I hope to take forward.”

For Budzynski and Kochis, Giselle will bring their partnership full circle, marking their first and final partnership onstage.

“It definitely has the underlying theme of parting, yet going on. So, that’s sort of apropos,” Kochis said.

The two met at Boston Ballet, where Budzynski danced for 12 seasons and Kochis danced for 11. Originally from Erwinna, Pennsylvania, Budzynski began training at a young age with his mother at Budzynski Studios located near Philadelphia. He later studied at the North Carolina School for the Arts, The School of American Ballet in New York City and Hungarian National Ballet School in Budapest. He joined Boston Ballet in 1994, and made his main-stage debut at age 19 as the lead Russian dancer in The Nutcracker. He was promoted to first soloist in 1999. 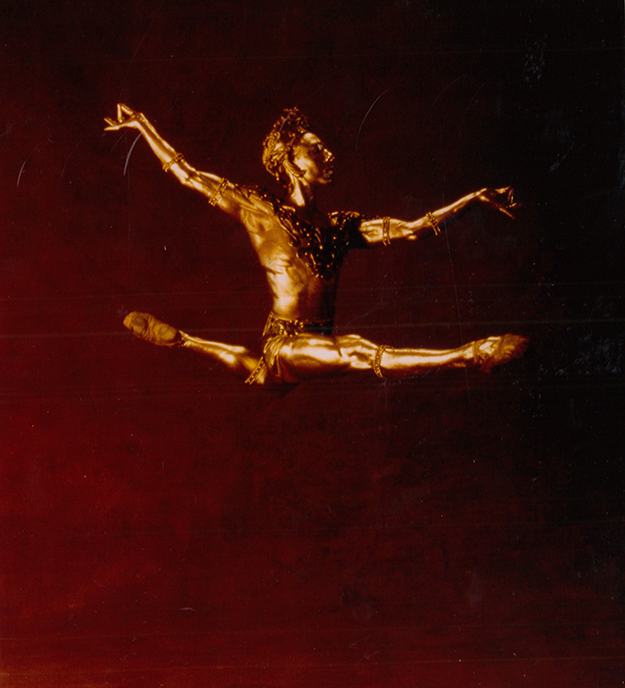 In 2006, Budzynski and Kochis made the move to Pittsburgh. From Swan Lake’s Prince Siegfried to the lead in Balanchine’s Theme and Variations, his first season in Pittsburgh brought him opportunities to shine in several starring roles, which earned him a promotion to principal the following fall.

Since then, the couple has shared some of ballet’s most famous partnerships: Romeo and Juliet, Giselle and Albrecht (Giselle), the Sugar Plum Fairy and her Cavalier (The Nutcracker), Medora and Conrad (Le Corsaire), Nikiya and Solor (La Bayadѐre). From Giselle to Coppélia, it’s been tragic, joyous, comedic and everything in between.

“I think that Chris shaped me as a partner. My first soloist role was dancing with him,” Kochis said. “I think our partnership has definitely evolved and blossomed. I really feel like it’s a beautiful bouncing off of ideas, which is really rewarding for me.”

For Budzynski, it’s always been important to take the partnership beyond the mechanics of turning, lifting and supporting, working to create the illusion and fluidity that elevates it to art.

“It’s been wonderful. I think a big part of any partnership, and pas de deux work, is trying to create magic, trying to find those places that look a little more effortless,” Budzynski said.  “It takes a lot of work and a lot of trust.” 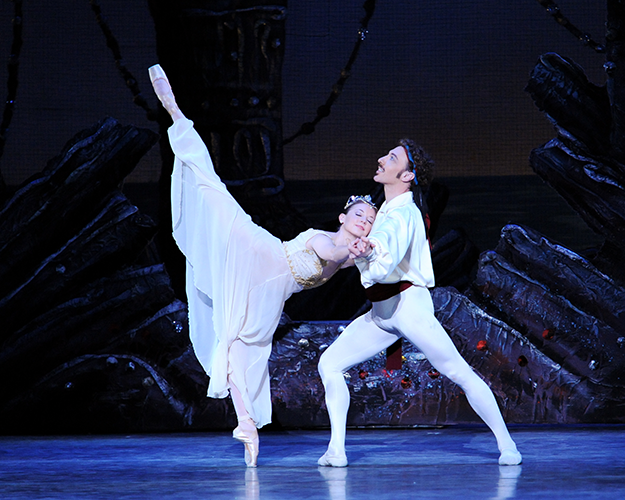 For Kochis, it’s been exhilarating to see Budzynski push beyond the box of his typical character types – the Basilios, Mercutios and other strong male roles of classical ballet – and continue to find new dimensions to those outside his comfort zone.

“Romeo & Juliet is something that was very different for many reasons. You’re not supposed to be this strong guy,” he said. “Learning how to hold yourself slightly different – maybe keeping your knees a little bit looser, even when you’re just standing there – trying to make yourself look a little more vulnerable. I thought that was an interesting process. It was fun doing it.” 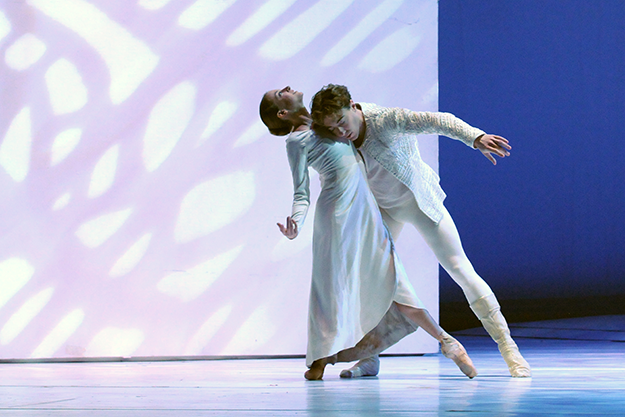 Of all the roles in the repertoire, it feels like fate that Giselle will sound the final note in a beautiful ballet career. There’s a poignancy to their rehearsals that leaves viewers feeling like they’ve witnessed something unguarded, personal and very real.

For the duo, it starts by empathizing with their characters, placing them in a real time and state of mind and drawing from their own experiences for authenticity.

“The character of Albrecht is…” Budzynski started.

“Easily vilified,” Kochis jumps in with a laugh.

“You know, love happens sometimes when it’s not meant to happen, when it’s inconvenient. I’d say that’s more the way that we’re trying to go about it,” Budzynski said. “When a person’s in love it doesn’t matter if they’re noble, or a pauper or a peasant. Your heart does the same thing. I’d say the same of when you lose everything. Those emotions are human. I’m trying to have that resonate within the character.”

Over 22 years, Budzynski has never lost the thirst for improving, looking around him, and weaving new insights and influences into his dancing. It’s part of the special stamp he brings to the stage.

“I think his energy, his vivacity, his relatability…He’s a person that’s larger than life, but relatable at the same time,” Kochis said. “I felt really fortunate for his open-mindedness and patience in coaching – not trying to make everybody do it the same way, but finding a way that works for them. Not being intimidated by having to break it down. He’s excellent at helping people through that same process.” 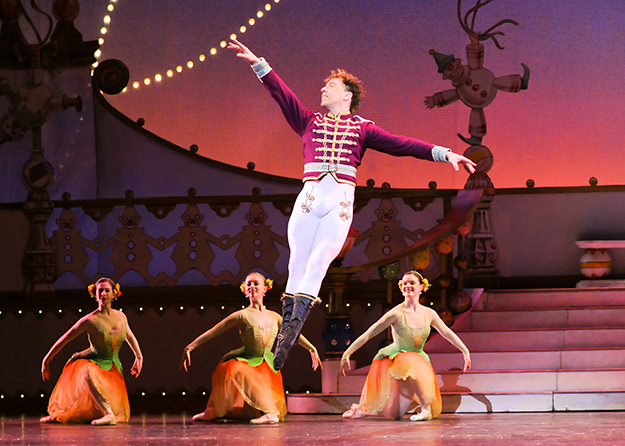 It’s a zeal she feels confident will live on through her own performances and those of other dancers that he’s worked with and will continue to coach.

“Looking back, I just can’t imagine it any other way. I’ve enjoyed dancing here, enjoyed the audiences, the theater, the repertoire, the coaches, and partners that I’ve gotten to experience,” Budzynski said. “I look at what I knew or what I thought I knew when I first came here. I look at all that I’ve learned here and it’s wonderful.”

Now, he’ll be channeling all of these insights as he works to shape young dancers in class and over time. He’ll be remembering himself at their age.

“A lot of the corrections or stories that were told to me 30 years ago, I remember crystal clear. All of that goes into what you become,” Budzynski said. “It’s how it’s blended together that makes you what you are and what you love doing. Ballet is a lot of work, a lot of studying, a lot of effort, but it’s also a lot of fun if you can make it your own. When you’re teaching, you’re hoping to pass these things on.”

To show your support and help send off one of our biggest stars, click here to save your seats for Giselle with the PBT Orchestra, onstage Oct. 28-30, at the Benedum Center. Budzynski will give his farewell performance at the 8 p.m. Saturday, Oct. 29, performance.