Pittsburgh Ballet Theatre (PBT) Artistic Director Susan Jaffe has awarded paid apprenticeship positions to four young dancers as part of PBT’s new apprenticeship program for the upcoming 2021-2022 Season. Elizabeth Devanney, Sujanya Dhillon, Madeline Gradle and Jacob Patrick Miller will receive access to academic programs through university partnerships along with performance opportunities with the PBT company. Apprenticeship positions have been made possible through a generous gift from Hans and Leslie Fleischner.

“We received hundreds of applications from young dancers around the country,” Jaffe said, “and I truly believe these four have exceptional talent. I’m thrilled to have them join our team.”

Devanney, Dhillon and Miller were chosen from among virtual applications. Gradle is a student in Pittsburgh Ballet Theatre School’s (PBT School) graduate program.

In addition to attending company class and rehearsals with PBT, apprentices will be able to continue their academic education through partnerships with Seton Hill University, Community College of Allegheny County and Chatham University. Apprentices will be offered the opportunity to take courses toward certifications, like entrepreneurship and exercise science, that can be applied to a degree.

Apprentices will start their positions with PBT in the 2021-2022 Season. A fifth apprentice will be chosen from among PBT School’s summer program students. 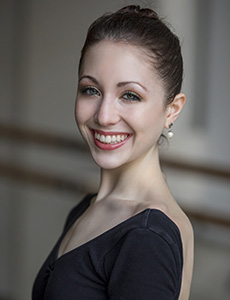 Liz Devanney, of Bel Air, Maryland, began her training with Dance Conservatory of Maryland and continued with University of North Carolina School of the Arts (UNCSA.) After graduating from high school in 2019, she was invited to join the professional division at Pacific Northwest Ballet (PNB). She has attended summer programs at Pacific Northwest Ballet, Carolina Ballet, Boston Ballet SDP, School of American Ballet, and Next Generation Ballet. In 2020, she was selected for the Royal Danish Ballet – PNB Exchange Program and was one of 25 young dancers awarded a scholarship from the American Friends of the Paris Opera & Ballet to support her continued training. Her repertoire includes Kent Stowell’s Cinderella, Ethan Steifel’s The Nutcracker, Susan Jaffe’s Carmina Terra, Helen Pickett’s Petal, Kingdom of the Shade’s from Natalia Makarova’s La Bayadére and George Balanchine’s The Nutcracker, Concerto Barocco and Serenade. 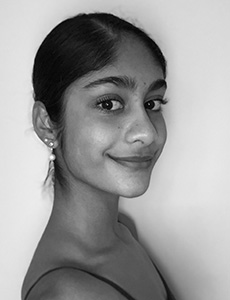 Sujanya Dhillon, from Vancouver, Canada, has trained with Goh Ballet Academy, Miami City Ballet School and San Francisco Ballet School and has attended summer programs at all three. She received First Place Scholarships from Coastal Capital Savings and Affinity Dance in 2017, was awarded the Shakti Award for Artistic Achievement in 2019, and received the British Columbia Arts Council Grant in both 2018 and 2020. She also received a Young Artists Relief Fund grant from The American Friends of the Paris Opera & Ballet in 2020, created to support artists during the times of COVID-19. Her repertoire includes excerpts from La Bayadére, Don Quixote and George Balanchine’s Coppélia, as well as Goh Ballet Academy’s Four Seasons, Peter and the Wolf and The Nutcracker. 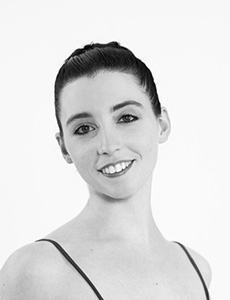 Madeline Gradle, of Falls Church, Virginia, joins Pittsburgh Ballet Theatre from the PBT School Graduate Program. She received early dance training with Arlington Center for Dance and The Washington School of Ballet, and attended summer programs with American Ballet Theatre: New York, Pittsburgh Ballet Theatre, and Exploring Ballet with Suzanne Farrell. Madeline danced as an apprentice with The Suzanne Farrell Ballet for four years, expanding her repertoire with George Balanchine’s Chaconne, Stars and Stripes, Tzigane, and Walpurgisnacht, among others. She has performed with Pittsburgh Ballet Theatre in productions of George Balanchine’s Rubies, Giselle, The Sleeping Beauty, and Terrence S. Orr’s The Nutcracker. Additionally, Madeline enjoys teaching in the PBT School’s Children and Community Divisions. 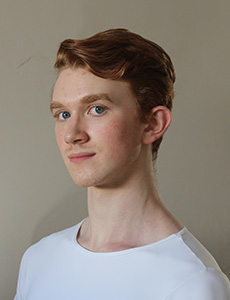 Jacob Miller began his ballet training at Northeast Dance Center in Lawrence,Massachusetts. He left home to continue his training at the University of North Carolina School of the Arts (UNSCA) in 2016, where he was awarded the Gillian Murphy Scholarship. After receiving his high school diploma in dance, Miller stayed at UNCSA for college and is currently working toward his BFA in Dance Performance. While at school, Miller worked with many renowned choreographers, such as Goyo Montero, Aszure Barton and Susan Jaffe. He has also performed principal roles in classical and neoclassical ballets, such as Marius Petipa’s The Sleeping Beauty and George Balanchine’s Concerto Barocco. Miller is thrilled to join Pittsburgh Ballet Theatre as an apprentice after graduation!