Reams of gossamer tulles, textured brocades and airy silks line the walls. A tower of tutus flanks the door. Bolts of trim form a kaleidoscope of color. Bins of Swarovski crystals catch the light.

The work done here in the PBT Costume Shop is art unto itself. These costumes don’t just clothe the dancers – they add their own movement to the dance.

This dream world is in overdrive these days as PBT Costumier Janet Groom Campbell and her team cut, stitch and adorn a full cast of costumes for PBT’s redesigned Giselle, opening PBT’s 2016-2017 Season Oct. 28-30, at the Benedum Center.

The costume building process started with a trip to London, where Campbell – armed with swatches, clippings and questions – reunited with her friend and famed costume and scenic designer Peter Farmer. Together with Artistic Director Terrence S. Orr, they pored over sketches and selected fabrics that would float with the dancers. 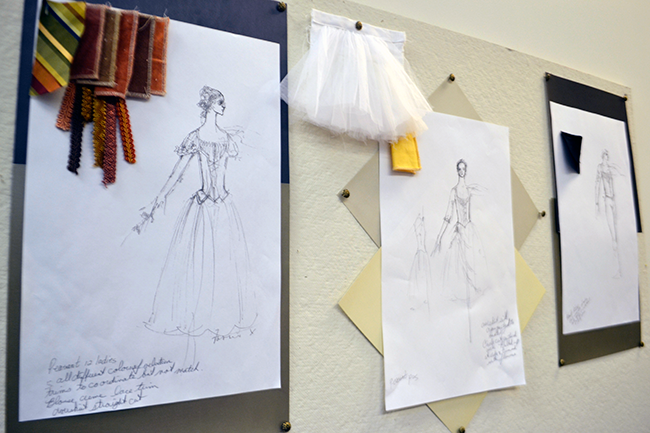 With Farmer’s sketches in hand, Campbell and her team now have a blueprint to build about 75 of costumes from the spectral white tutus and veils of the Wilis to the earthy village dress of the Harvest Festival.

On a recent Tuesday, the team signed for a delivery that jumpstarted construction: 625 yards of white tulle. Roughly translated, that’s .36 miles – enough tulle to loop more than once around a track!

As Campbell says, “It’s just another day in paradise.”

It took more than two full days for the costume team to measure, cut and parcel out tulle for the 25 individual Wili tutus of Giselle’s second act. Each skirt has five layers, comprised of five fabric panels stitched together and gathered at the hip. It’s exacting craftsmanship – a discipline that joins art with the mechanics of movement. 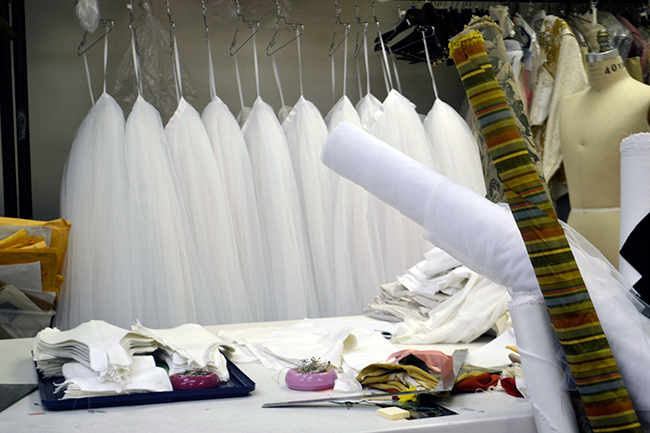 On a recent phone call, for example, Farmer asked of a batch of bodices, “Can they move in them?” Campbell replied, “Oh yes, I put elastic in the shoulders,” explaining this allows just the arms to move, not the whole dress.

A romantic masterpiece, Giselle features one of the most exquisite character arcs in ballet, depicting a young girl’s story of love and loss with haunting beauty. If you ask most ballerinas, Giselle ranks high on the bucket list of dream roles. And it has for over a century.

It’s the story of a blossoming village girl whose hopes are shattered when she learns her love is engaged to a noblewoman from his own class. Here the story unmoors from the mortal world. When the curtain rises on Act II fog cloaks the stage. And Giselle is no longer among the living.

The scenic and costume designs are crucial to this spine-tingling shift from harvest festival to mist-shrouded forest. In the ballet’s chill-inducing Act II, more than 20 ballerinas drift onto the stage in ethereal white tutus and veils in one of ballet’s most stunning “ballet en blanc” scenes. 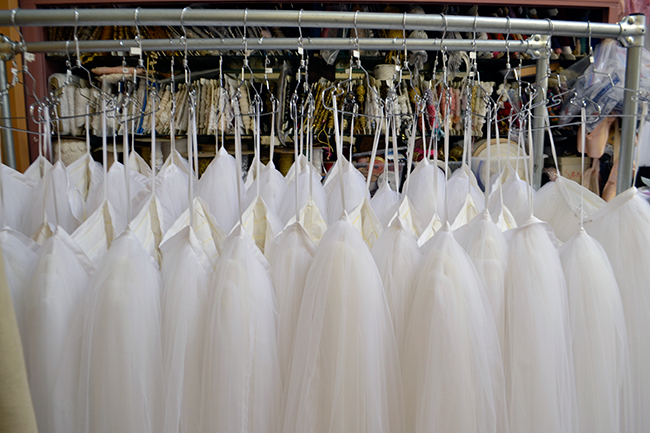 In this world, women hold all the cards, luring the men who’ve wronged them into a dangerous dance. For Giselle and her love, there’s a chance for redemption – albeit from beyond the grave.

Vetting decisions by Farmer, Campbell and her team assemble hues and fabrics for each costume design, stapling the swatches to each sketch and gradually curating a cohesive color palette across the ballet’s many scenes and characters.

“Because in ballet, no one speaks, it’s just music and movement, you have to use a lot of color theory in the designs, so the audience is watching who you want them to watch (onstage).

Among the many tasks still on the to-do list are stitching together the tutus and bodices, finalizing the color palette for the villagers and hand dying those costumes in the shop’s vats (once industrial-size soup tureens). It’s a labor of love that will continue right up to the show’s final curtain call. 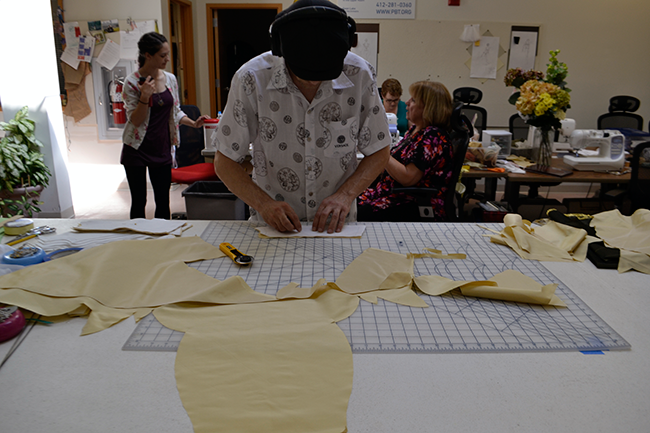 “It’s a hugely creative thing that you’re making. The momentum and the energy …you really get excited,” Campbell said. “There’s a certain emotion, a certain love that encompasses you when you’re involved in something like this.”

Experience the full effect of PBT’s reimagined Giselle. Subscribe now for the best seats and 20% savings over single tickets.