In West Side Story Suite, PBT dancers won’t just be dancing…they’ll add singing to their repertoire too.

In honor of international centennial celebrations for choreographer Jerome Robbins and composer Leonard Bernstein, PBT will be bringing ballet fans a triple threat of company premieres — and acting, singing and dancing performances — in UPMC Presents West Side Story Suite + In The Night + Fancy Free on stage May 4-6, at the Benedum Center.

To prepare for their vocal debuts, the dancers have been working with Joan Barber, a vocal coach from the Jerome Robbins Foundation, who was the original Somewhere soloist for West Side Story Suite when it debuted with the New York City Ballet. As an actor and singer, Barber has performed on Broadway and sung on the original sound tracks of Beauty and the Beast, Aladdin and the King of Thieves, Pocahontas and others.

She’s also taught voice lessons for 30 years. And beginning this winter, Barber has worked extensively with PBT’s newly minted vocalists on their range and annunciation as well as the intention behind each lyric they sing.

“What does the song mean and who are you singing to?” Barber prompts. “They’ve all got their own individual interpretation of how to do the songs, and I encourage that…Bernstein’s music is so rich. Sondheim’s lyrics are so rich…every dot, every accent mark…everything means something in this music.”

Here’s how 4 dancers summed up their vocal journeys: 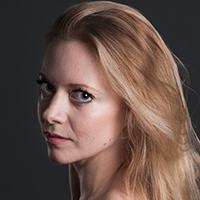 “I sing a fair amount but we’re talking along to songs I like in the shower/car/kitchen! It’s totally new. That being said I was in the school chorus in sixth grade. And I would say it feels totally natural. It is scary but they have been so supportive throughout the entire process. The singing is just another extension of the character — another means of expression. It’s a fantastic thing to get to explore…using my voice on stage for the first time at this late date in my PBT career! The more we learn about how to use the instrument, the more dynamic and complex we realize it is. And singing and dancing at the same time doesn’t just add one additional element; when you add in stage direction, projection, annunciation, style, breath and all the other things it’s quite a bit more to manage!” 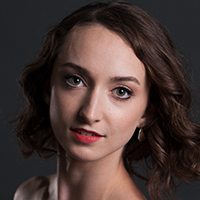 “Singing and dancing is something I’ve never experienced at this magnitude. I’ve only taken one singing class in my life and I don’t have fond memories. The coaching I’ve received as Anita has been inspiring and empowering. I was told to stay in my head voice on the very high notes instead of switching to my soprano, which is what I was doing in the beginning, and I feel like I’ve grown more than I was expecting to! I have a new-found confidence in my singing, especially on those higher notes. Being coached to take hold of what I have and strengthen it has been incredible. (Barber) really pushed me and believed in me when I didn’t.” 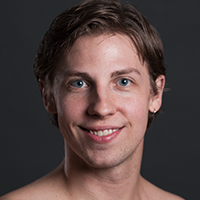 “We had to sing in front of the entire company two years ago to audition for the lady who wound up being the vocal coach for West Side Story Suite.  That was a kind of nerve-wracking, but besides that day it’s been a great experience!  By the time the show comes I will have sung in front of the company enough times that a couple more hundred people won’t make me more or less nervous.  It’s harder to sing in front of people face to face with the lights on than in a packed house with the lights off.  I felt that way when I had to sing for A Streetcar Named Desire and this is way more fun to sing.” 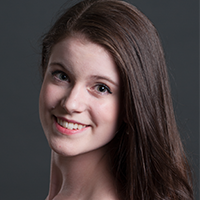 “I would consider myself to be a quiet person and throwing myself into the role of Rosalia is the farthest outside my comfort zone I have ever pushed myself. I grew up singing in choirs, but being vulnerable enough to perform solo work isn’t something I ever pictured myself doing. And yet, the more we rehearse, the more I find myself really enjoying it.”

Experience the PBT premieres of UPMC Presents West Side Story Suite + In The Night + Fancy Free on stage with the PBT Orchestra May 4-6, at the Benedum Center. Get your tickets here.