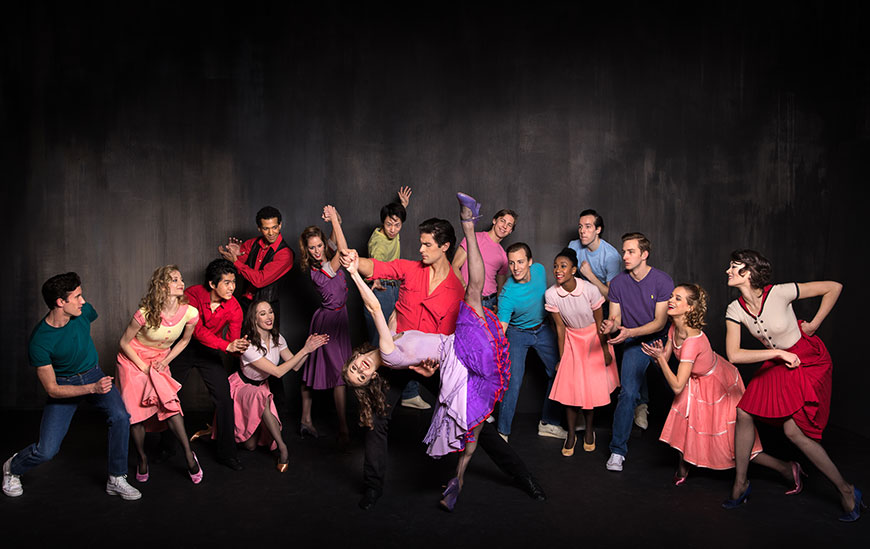 PBT’s 2017-2018 Season lineup features the return of “Swan Lake” and PBT’s debut in “West Side Story Suite”- presented by UPMC – just in time for the centennial celebrations of Jerome Robbins and Leonard Bernstein, who would celebrate their 100th birthdays in 2018.

The five-ballet season runs October 2017 through May 2018 and features:  “Dracula;” “The Nutcracker;” “Swan Lake” with the PBT Orchestra; “PBT New Works,” a mixed repertory program at the August Wilson Center; and a season finale featuring Jerome Robbins’ “West Side Story Suite” and “In the Night,” also with the PBT Orchestra.

“This season is going to be a thrill and the timing, too, is great fun. We have ‘Dracula’ over Halloween weekend, ‘The Nutcracker’ to ring in the holidays and the great love story of ‘Swan Lake’ around Valentine’s Day,” said Terrence S. Orr, PBT artistic director. In March, we’ll give voice to emerging choreographers from our own company of dancers. And last but certainly not least is our tribute to the Robbins and Bernstein centennial celebrations with ‘West Side Story Suite’ – and ‘In the Night’ – a program that is going to show off the exceptional technique and acting of our dancers as well as some unexpected, and rarely heard, vocal talent.’”

Over Halloween weekend, PBT brings back the deliciously spine-chilling “Dracula,” based on Bram Stoker’s 1897 gothic novel – the grandfather of all vampire dramas. Dissatisfied with his bevy of undead brides, Count Dracula fixates on Svetlana, a young girl on the cusp of engagement, to satiate his thirst for fresh blood. A haunting score by Franz Liszt builds suspense while scenic designer Thomas Boyd’s fastidious studies of Balkan and Romanian architecture add authenticity to the 19th-century Transylvanian setting. The dancing also has teeth, with levitation, flying and pyrotechnics that make the choreography even more climactic. At the time of its premiere, the New York Times described it as a “spectacle of an order ballet audiences seldom see today.”

“The Nutcracker” returns to the Benedum for 25 performances throughout December. Complete with flurrying snow, a colossal Christmas tree and magic tricks galore, this holiday spectacular features over 100 dancers, 210 costumes and Tchaikovsky’s exultant score. Since its 1892 premiere, this holiday tradition has grown into one of the best-known ballets of all time. PBT adds its own spin on the time and place with a turn-of-the-century setting incorporating Pittsburgh’s own landmarks, historical figures and personality. Each performance features a unique casting combination, giving regulars the chance to see a variety of dancers perform principal roles like Marie, the Nephew, the Sugar Plum Fairy and her Cavalier.

An evil enchantment and a mysterious love story give wings to a ballet that has captured the public imagination since 1895. Together with the live PBT Orchestra, PBT returns to “Swan Lake” for two weekends around Valentine’s Day. “Swan Lake” exemplifies classical technique – from the ballet en blanc swan scenes to the Black Swan’s famous 32 fouettés. But it’s the undulating port de bras of the swans – a movement quality unique to “Swan Lake” – that lends its own mystique to the classical vocabulary. Set to the stirring themes of Tchaikovsky’s score, the split personalities of Odette and Odile mirror the age-old battle between good and evil.

PBT has built its repertory around an eclectic mix of classics, modern masterworks and new commissions from both seasoned and emerging choreographers. In March at the August Wilson Center, Artistic Director Terrence S. Orr will hand over the program to five choreographic voices from PBT’s own company of dancers: Amanda Cochrane, Julia Erickson, Yoshiaki Nakano, William Moore and Cooper Verona. Each choreographer will create a signature work on his or her fellow artists, offering audience members a personal, insightful look at the way today’s dancers interpret their own medium.

PBT’s season finale celebrates the 100th birthdays of Jerome Robbins and Leonard Bernstein, whose game-changing Broadway collaboration remains as relevant today as it was in 1957. “West Side Story Suite” samples classic songs and dances from the full-length musical and film. In this work, the dancers not only dance – they’ll sing excerpts from the famous Bernstein music and Stephen Sondheim lyrics. Tapping into the raw emotions that drove the full-length story, the dancers will take on the personas of Tony, Maria and the rival Jets and Sharks through the emotionally charged choreography that earned Robbins a Tony Award.

“West Side Story Suite” will share the program with another Robbins masterwork: his intimate 1940 work, “In the Night,” set to four Chopin nocturnes. With pas de deux for three couples, “In the Night” lifts the curtain on three very different relationships, exposing shades of love from tender to tumultuous.