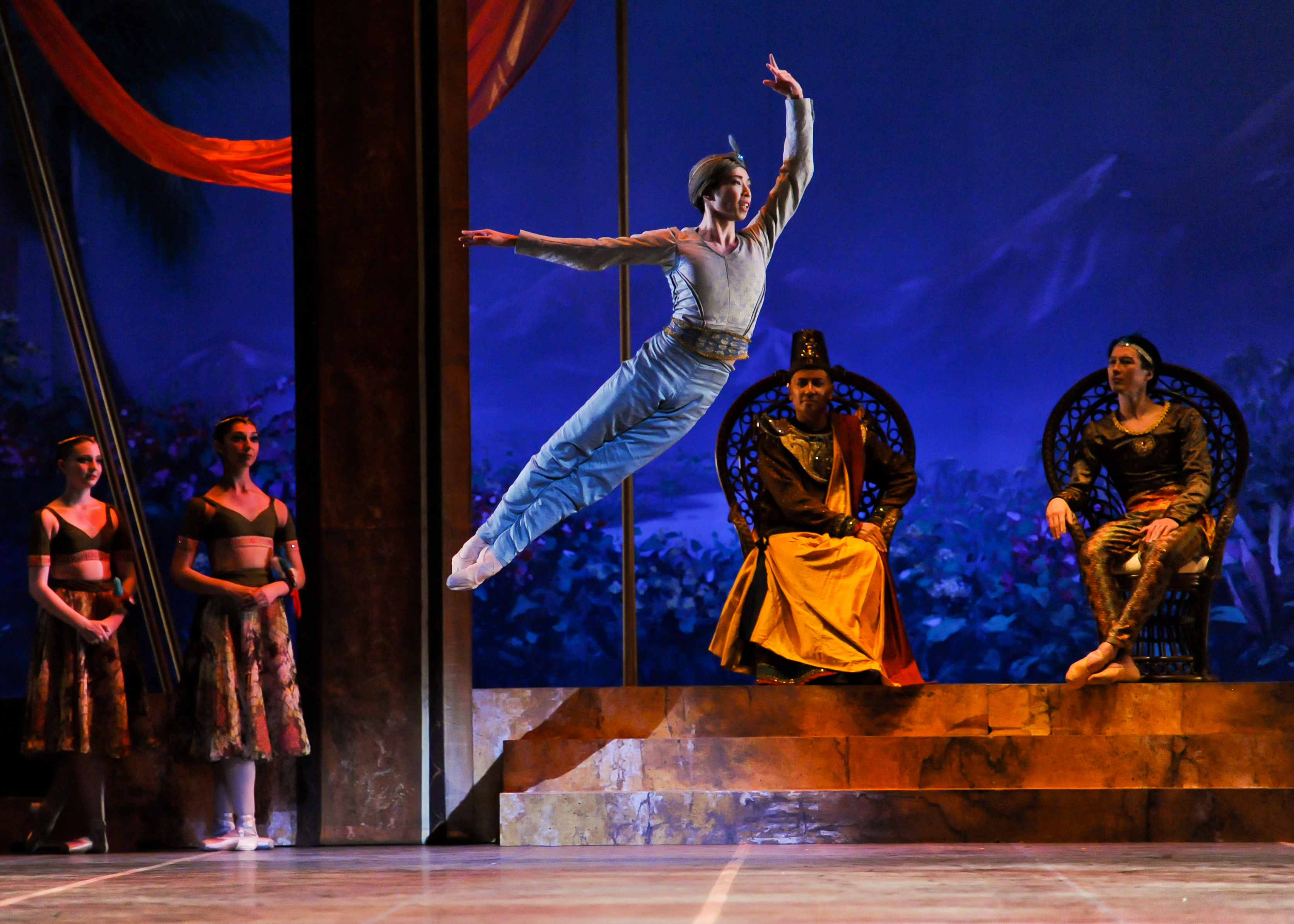 PBT Principal Yoshiaki Nakano is making moves. In six years with PBT, he has ascended to the company’s top rank and earned a spot on Dance Magazine’s 2014 “25 to Watch” ranking. Now, he’ll become the first PBT dancer to choreograph an original work for the company’s main-stage season.

Building on the work he debuted at PBT’s Ballet Under the Stars performance at Hartwood Acres, Nakano is choreographing a neoclassical ballet for nine couples set to Mozart’s Concerto #20 in D Minor. His A Fellow Feeling, a work in three movements, will make its world premiere at PBT’s March mixed repertory program. He’ll share the bill with A-list choreographers Michael Smuin, Antony Tudor and James Kudelka, adding a millennial voice to an already diverse program.  Learn more about Yoshiaki here. 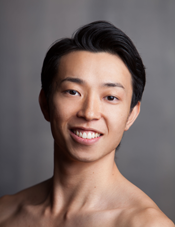 Family: Mom, dad and an older brother in Japan

Top Summer Activity: “I always go back home. I got to see my high school friends. It’s been 10 years. I want to see them more.”

What inspires your choreography?

“I always try to get inspired by music first and then try to imagine the movement in my head (before starting work in the studio). Sometimes too much thinking isn’t good. I don’t want to go too deep and then get confused. I listen to the music (and let it guide the choreography).

I would say my style is neoclassical, because I’m not a contemporary dancer or a modern dancer. But I want to try more modern.”

You’ve been exploring your choreographic voice with works for PBT School, local Dancer’s Trust performances and now the company. When did you first try choreographing? What drives you to create?

“It was for a competition in Japan.  I would train in just classical all the time. The competition was high-level. You had to do center and variation and also variations in contemporary. It was 10 or 12 years ago. It’s very expensive to hire a choreographer, so my mom said, ‘You choreograph.’ That was the beginning. (I just tried to) make something cool and fun to watch and also I tried to…keep the audience not expecting the movement… I don’t want them to get bored…If I watched it now, I would be like, “Ooooh” (groans). But back then I thought, oh I can make it.”

What is the mood or effect you want to accomplish? How do you want the audience to feel?

“I want them to see the music – the notes. The movement and music have to match for me. I try to make (the music) visual… Sometimes I listen to classical music and I can see the movement and what would work.” 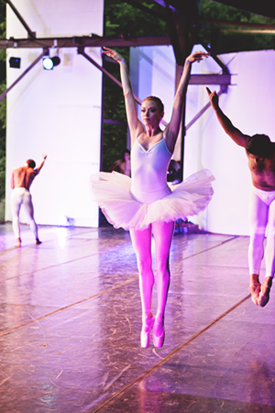 “I was watching from backstage, because I was dancing in Giselle before that.  It was amazing for me. Everyone got so together, and I felt honored to do it. I think (everyone was excited to be part of the premiere). Once they hear the music, I can see in their faces that they’re into it. I was very happy.”

PBT opens its season with abstract works by some of ballet’s greatest choreographers. As a choreographer yourself, why is this program exciting?

“They’re three major choreographers – Jiří Kylián, George Balanchine, William Forsythe. These are works that I’ve always wanted to do. We did Petite Mort last season; that was amazing. This is stuff that I’ve known since I was young, and now I’m able to do it, which is great.

We just started Western Symphony. I really enjoy the music and the western feel. It will be fun to watch it and to dance it too. In the Middle is totally different than the other two ballets. Also it’s very hard. Sylvie Guillem did in the middle, and it’s just amazing that we’re doing it. I think it’s going to be very challenging, because the style is totally different, and I hope I get to do it and learn it.

(Sinfonietta) is so hard, but the music gives me energy.  It looks like freedom, but it’s actually very specific. It’s very hard to do it in a free way…

(As a choreographer myself) I get inspired by (these choreographers), but I try not to copy. I just want to expand my imagination.”

This is the first time that a PBT dancer has choreographed for a main-stage performance. What was your reaction when Artistic Director Terrence S. Orr invited you to choreograph for the March mixed repertory program?

“I always wanted to do it, so I was like, ‘are you sure?” I was super happy, and shocked and excited when he told me…The first movement, it’s a shared experience onstage, that’s what I feel. And the second one makes a romance, a relationship. The third one is more crazy, it’s like a finale. I hope everyone is satisfied and feeling good (with the finished product).  I have a responsibility.”