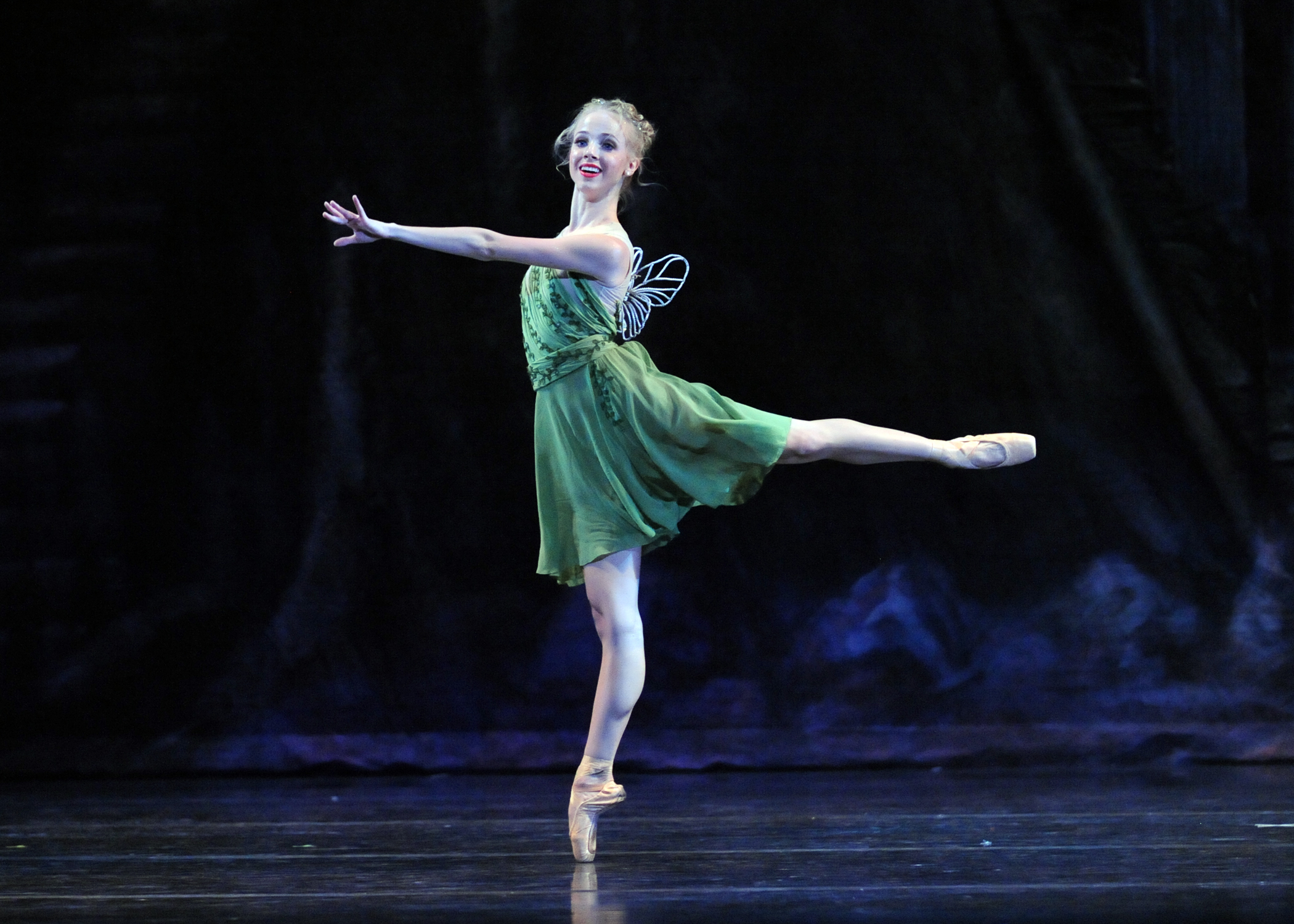 From Peter Pan’s sprightly Tinker Bell to The Nutcracker’s adventurous Marie, Amanda Cochrane has breathed life into a variety of PBT feature roles with grace and personality that can be felt from the audience. With many new roles ahead, this fall will mark not only Amanda’s fourth season with PBT, but will launch her career as the company’s newest soloist.

Beginning at age 3 with dance classes in Spokane, Washington, Amanda went on to accrue early onstage experience, dancing the role of a page in Western Ballet’s The Sleeping Beauty and a variety of children’s parts in Alberta Ballet’s The Nutcracker. By age 13, after completing a six-week summer program in Poughkeepsie, NY, Amanda had set her sights toward a professional ballet career.

“I got to see a lot of older dancers performing while I was there, and it really inspired me,” Amanda said.

Once Amanda decided that she was destined to be a professional dancer, she dedicated her time to training to make her dream come true. Following years of training at the PBT School Graduate Program and summer programs at other ballet companies, the transition from ballet student to professional came as a somewhat surreal experience.

“These people inspired me on a daily basis,” Amanda said of her first experience dancing onstage with PBT company dancers as a PBT School student. “It was incredible.”

As a PBT School student, Amanda was able to interact with the company she would later join as a professional dancer. “Everyone was almost like a family, and I wanted to be part of that. The dancers really seemed to work as a team, and they all supported one another.”

Since joining the company in 2009, Amanda continues to focus on growing and honing her dancing, character development and artistry.

“I feel like a lot of my inspiration in dancing comes from the music,” she said, using the example of The Nutcracker battle scene. “That fear that you can feel for Marie, I feel very in the moment during that scene.

Among her other memorable roles are dancing her first major pas de deux on the Benedum stage as the Sugar Plum Fairy in PBT’s The Nutcracker as well as Tinkerbell in Jorden Morris’ Peter Pan, which gave her the opportunity to let loose and have fun with the character.

“Generally, you can feel the atmosphere that the audience is giving off,” she said, adding that a burst of applause during a difficult variation, for example, adds to the energy onstage. “That gives me a lot of motivation to keep my stamina up.”

Nineteen years after taking her first ballet class, Amanda is poised to begin her first season as a PBT soloist. She said her season highlights will include performing some of her favorite story ballets like Cinderella and The Nutcracker as well as the opportunity to work again with Jorden Morris during Moulin Rouge® – The Ballet.

“It’s all very exciting,” she said of her new role with PBT. “I do think it adds to my motivation…I’m always working on (artistry), what makes every piece unique.”