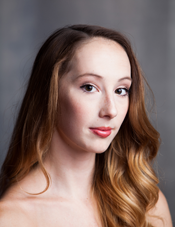 Top-played song on your IPod right now? Hozier – Someone New

I started dancing at age… 10

Family: “I am an only child. However my dog, Lilly, is considered a sibling just as much as I am.”

Hometown: “Cincinnati. But my parents live in Arizona right now.”

Favorite (non-dance) hobby: “I like to bake cakes and decorate them.”

Favorite way to relax:  “Honestly, just lying on the couch watching TV is more than okay by me…I’m actually in the middle of one called The Midwives. It’s a BBC thing.”

Favorite food: “Sweets are always good, but as are chips, and any junk food really is fantastic.”

Three things you always bring to the studio: Phone, theraband and tennis ball

Backstage good luck ritual or pre-show prep: “I always make sure to rosin the backs of my heels so that my shoes don’t slip off. I hairspray my ribbons and pointe shoes so they won’t come out. And, I always check to make sure I don’t have lipstick on my teeth. I do this stretch at the barre with one leg up. I stretch front, side and back, but when my leg is to the side I drop my hips down to really stretch my hips.”

If I wasn’t a professional ballet dancer, I would be … “I would love to work with kids with learning disabilities. But honestly, I’ve never really thought of it because since the age of 10 I always wanted to be a dancer. It’s something I was focused on and couldn’t see myself doing anything else.” 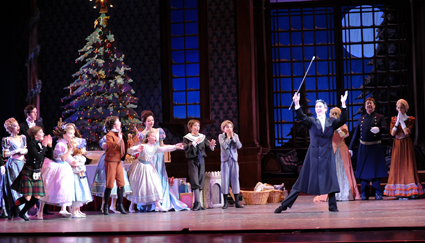 “It’s just such a huge holiday tradition. It was the first ballet I ever saw at my school. We took a field trip to see The Nutcracker, and I vividly remember being in awe of all of the costumes and music…just being in those surroundings and getting ready for Christmas.” 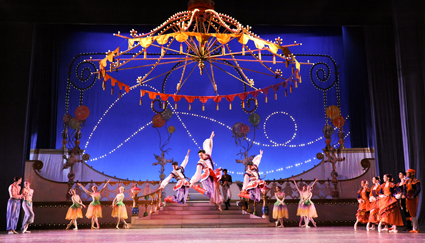 “I think that one of my favorite things about this The Nutcracker is that it’s very much Pittsburgh-based. That’s not a common thing for The Nutcracker. I love how PBT has incorporated different things from the city, like the backdrop and the characters’ names. There are little hidden things here and there…it’s fun to look for that and find it.” 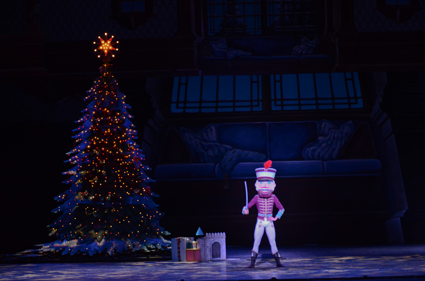 “When people think of the ballet, they think of The Nutcracker. It is a lot of people’s first and, unfortunately, sometimes only ballet they ever see. It’s a lot of fun for the dancers because we realize that a lot of people come through and see this production… Also, the backstage tours beforehand, I think that’s an awesome thing if you are able to do that. To be able to see the stage, to get to look at what we see when we look out from the stage…The sets are so huge, you forget how big they are…It’s very much a gateway ballet.” 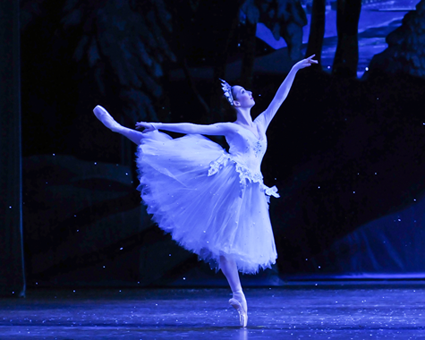 “I think a lot of the costumes, just the production (value) in general. I think the snow costumes are very beautiful. I don’t have one particular favorite costume. I dance so many roles that I wear practically all of them. There are people that do wear every single costume. They dance every role.”

5. Every show is different. 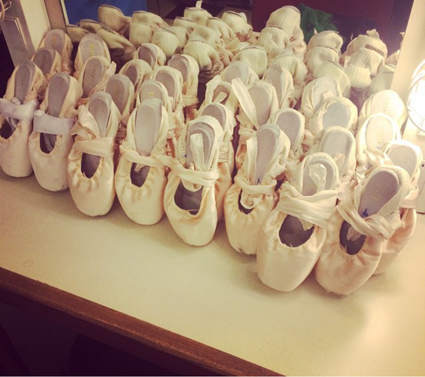 “It’s not like The Sleeping Beauty where you’re doing three roles or one role. In The Nutcracker, every show is different. You might not have the same show twice. It’s fun for the audience to come, because they can see a different dancer do the leads. This gives a lot of the corps girls and guys, along with the soloists, a big opportunity to go out and perform a bigger role and to show what we’re all capable of.”

Describe how you got your start in dancing.

“I was ten, so for a girl that’s on the older side…I had tried almost every sport: basketball, soccer, golf, all of that. Nothing seemed to click and when I say that, I mean I was terrible at everything. But, my mom told me I was not allowed to come home and just watch TV after school. So, she suggested that I take a jazz class. I was like, ‘OK, I’ll do the jazz, but not the ballet.’ I didn’t want to do the pink tights. I was not about that. There was a local studio close to where I lived, and it was started by a ballet mistress from Cincinnati Ballet. Her philosophy was if I wanted to take jazz, then I had to take ballet because it’s the building blocks of all dance. The vernacular of dance is derivative of ballet. So, I started taking ballet, and I realized I liked it more than the jazz.”

What about ballet inspired you to make it into a career?

“Having that freedom. It’s a controlled environment but you have all this freedom to do different things. It’s just fun, honestly…I went and auditioned for a summer program with Kirov Academy in Washington D.C. I got accepted and went for the summer. Little did I know, they had a year-round program and I was accepted into that too. That brought around the conversation of whether I wanted to do this full-time. I sat down and really thought, ‘Is this what I want to do?’ And it was.”

Describe your favorite moment in the choreography of The Nutcracker…

“Right before we go on for the Snow Scene, the snow starts to drop. There’s a pause right after the Snow Queen dances, before the Snowflakes come on. It’s the calm before the storm in a sense. I’m the second girl on stage, so it’s like a chill almost…you know you’re about to go on and the audience is clapping and the snow starts to fall…it’s always a cool feeling because it’s all starting. It’s happening.”

The Benedum almost becomes your home away from home with 24 performances throughout December. Describe how you like your dressing room.

“A lot of the girls hang Christmas lights in their dressing room, but I like my station to be immaculate. If I have a bunch of clutter, it’s too much for me before the show. We spend a lot of time there between the shows; we don’t leave because it might only be a few hours. I do have a deck of cards and a book of crosswords just to fill my time between shows. A lot of us have blankets and heating pads to stay warm too.”