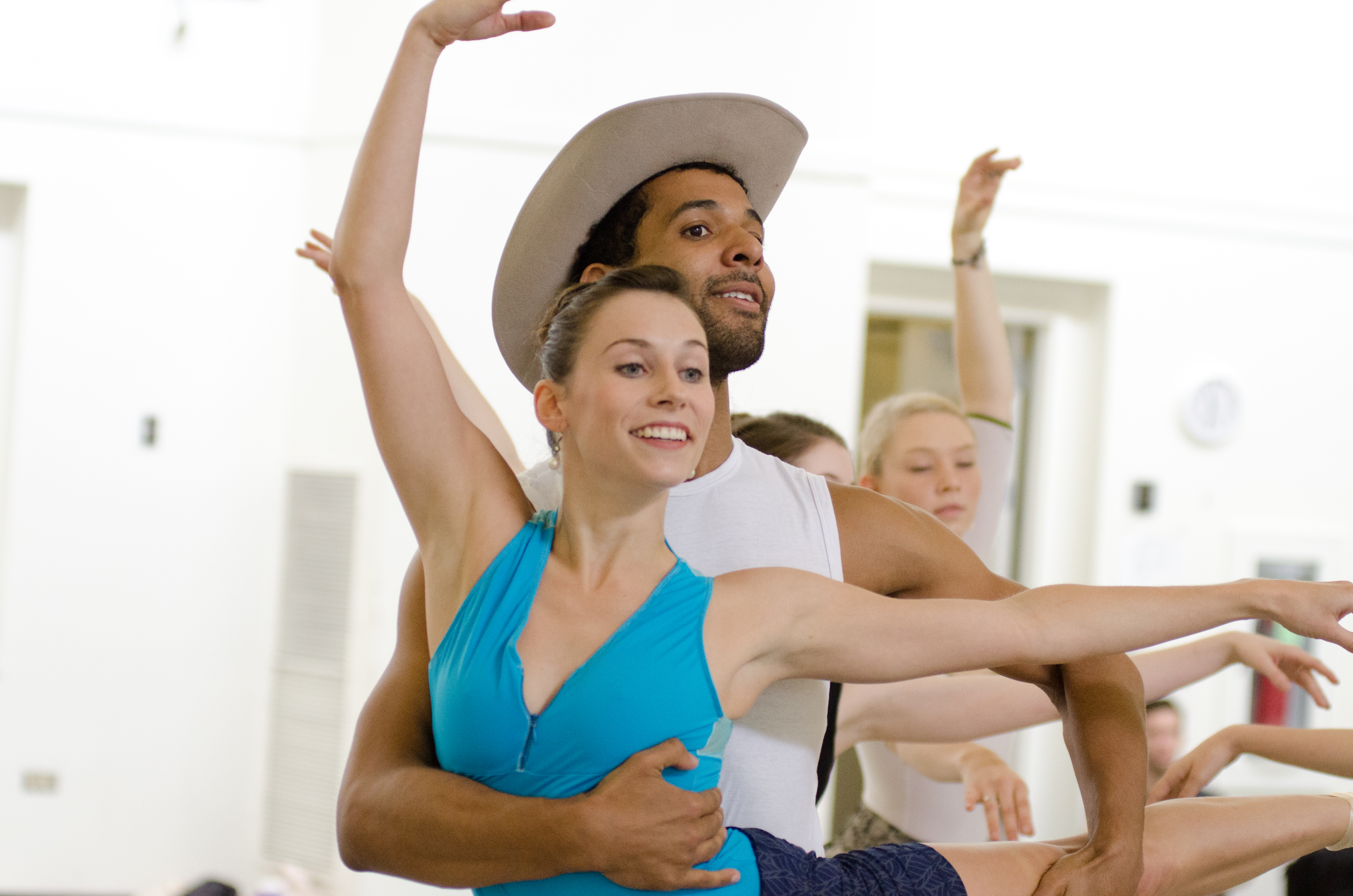 From the showmanship of Western Symphony to the physicality of William Forsythe, it’s all in a day’s work for a PBT dancer. In celebration of World Ballet Day, PBT Soloist Gabrielle Thurlow took over PBT’s Instagram and shared a typical rehearsal day for PBT’s season opener, Mixed Repertory #1, which features a trio of trailblazing ballets. Here, Thurlow shares her excitement for the program, plus Instagram exclusives.

“Yes. All three choreographers are world-renowned.  I’ve always wanted to do In the Middle, Somewhat Elevated by William Forsythe, that’s one work that I’ve always been excited for and also Western because it’s just really fun – technically challenging still, but fun. The Kylián work I had actually never seen before we did this, but once I learned it and we’re been rehearsing it I’ve really come to love it. I’ve always liked Kylián works, I just didn’t know this ballet specifically. But it’s really amazing to dance.”

How do you these works stretch you as an artist?

“They’re all very different.  Sinfonietta is about freedom, so you have to figure out a way to portray that in your dancing. There are a lot of jumps and running, and you kind of have to run with your spirit. So that’s kind of challenging in itself. Western is trying to find that balance between being playful being technical and just trying to give the audience that western feel. For me, personally, In the Middle is the one that’s going to stretch me the most, probably, because it’s very different than classical ballet. I’m used to doing everything in such position, but with In the Middle everything needs to be extended as far as you possibly can and, like, your arms need to be behind you a little bit more than they would be in classical ballet. For me, I have to constantly think of it and you have to think of (taking the movement) all the way to the ends of your fingers. I’m constantly processing in rehearsal how to make it look bigger – especially for me, because I’m small.  I have to really stretch everything…and appear FEIRCE.  In the Middle is very fierce.”

Have you discovered new dimensions in your dancing through these works?

Why do you think these choreographers are great? What makes each of their visions exceptional?

“Balanchine is kind of in a technique of his own. What he did with the classical technique is similar to what Forsythe is trying to do in terms of lengthening and stretching and making everything as big as you possibly can. Dancing a Balanchine work is always an honor because he’s such a big deal. Kylián is just very, very musical. It seems very thought out in terms of how he wanted his choreography to be portrayed. It’s very particular. Working with the (repetiteurs), musicality was their biggest thing that we had to hit. Forsythe is again very physical. It’s interesting to see what the body can actually do. Sometimes I look at a pas de deux in In the Middle, and I’m like, how can the human body be doing this physically at all? It’s so impressive that he can come up with an idea and the human body can make it happen.”

What do you hope the audience takes away from these works?

“I feel like each one will be very different but I hope that they are going to be impressed with our physicality. The costumes are very simple, the sets are very simple. Basically it highlights our dancing itself. It is very physical so I hope that they’ll be able to get a good view of that and be surprised…it’s not a big elaborate production, it’s more about us, which is kind of cool.”

STEP IN THE STUDIO WITH GABRIELLE THURLOW

Thurlow took over PBT’s Instagram account to celebrate World Ballet Day with behind-the-scenes peeks into a typical rehearsal day for Mixed Repertory #1. Get a recap of her posts here: 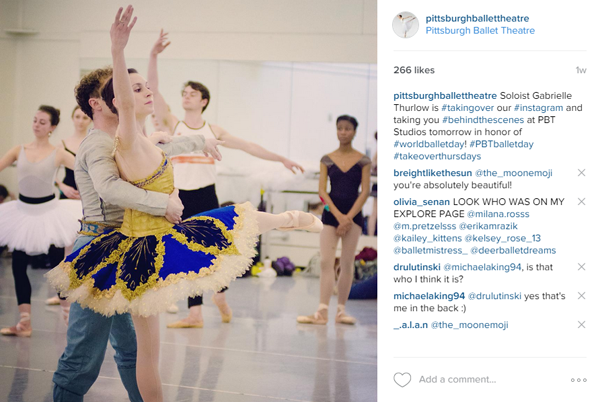 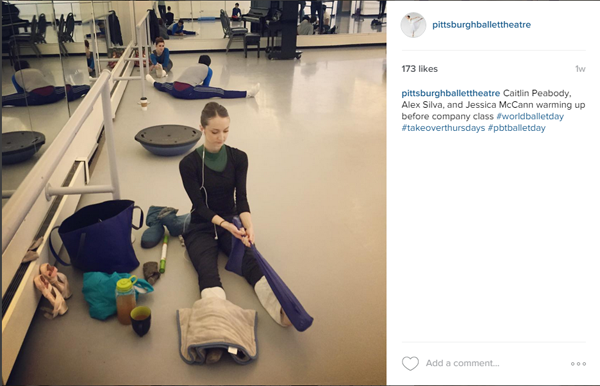 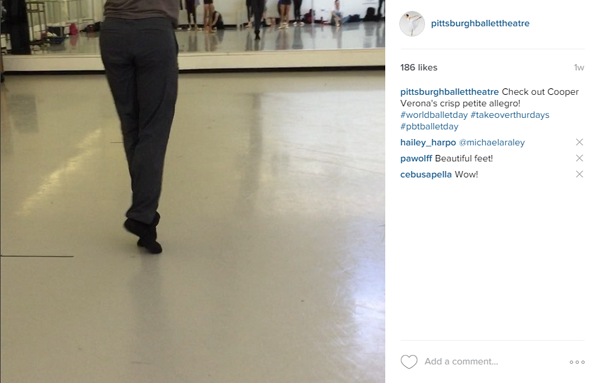 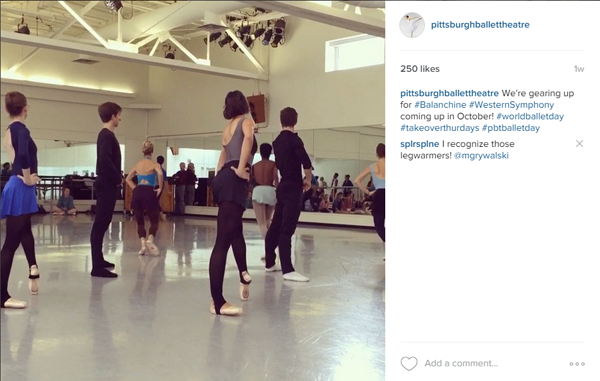 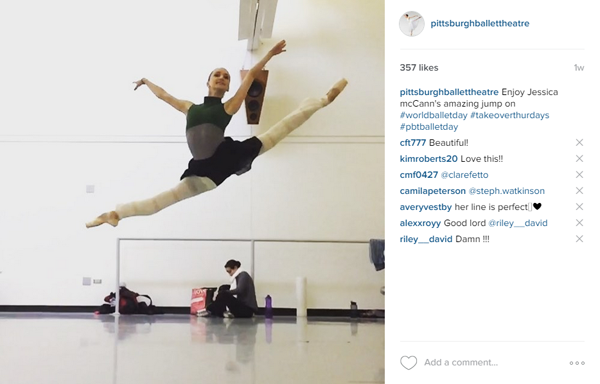 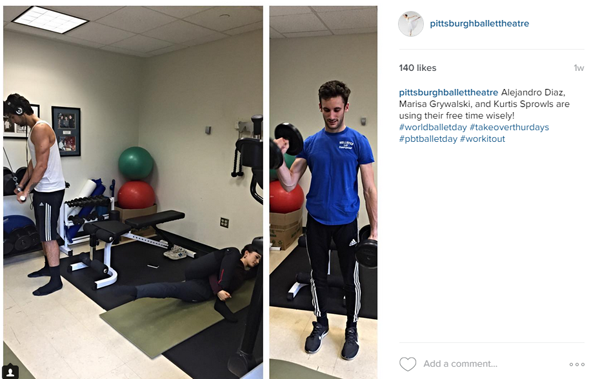 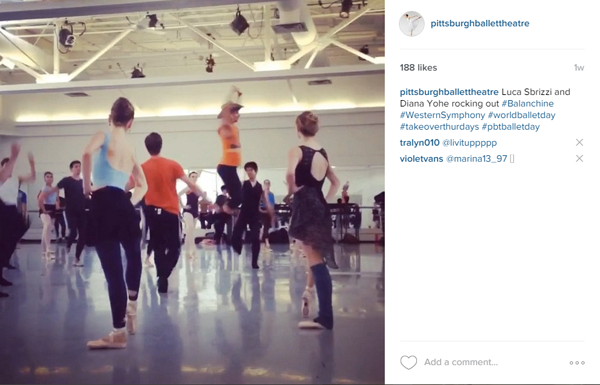 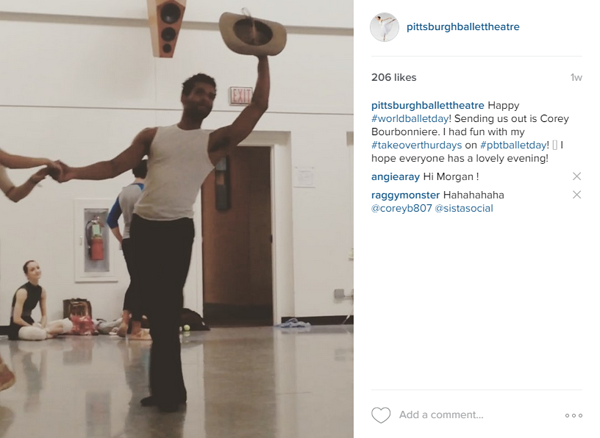