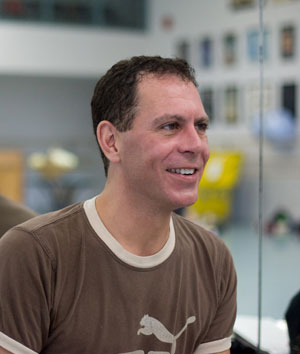 How did you conceive of the underlying story and style of this ballet? What are the different sources you looked to for inspiration?

The story came from the idea that I wanted to explore two young people of very different backgrounds thrown together in the cauldron of Paris at the time – I wondered how these two characters would develop and ultimately succeed or fail in their attempt to be together. I took inspiration from several sources, John Huston’s film, Jean Renoir’s film, Pierre la Mure’s book as well as the fashion, art and music of the time/era.

You received the very exclusive endorsement of the Moulin Rouge in Paris to create this ballet. What are some of the interesting perspectives you gained from working so closely with this famous cabaret?

It was a wonderful and amazing educational experience to work with the actual people from the Moulin Rouge® in Paris – I learned a lot about the history of the cabaret and in was very inspiring and rewarding to be given the responsibility and endorsement to create the work.

How did you draw from cultural and artistic landscape of turn-of-the-century Paris to build the characters – like Nathalie, Matthew and Talouse-Lautrec –  and their stories?

Nathalie, who begins as a launderette was an actual profession in Paris at the time, many artists like Matthew migrated to Paris at the time to be involved and influenced by the Belle Epoque – Toulouse, La Gouloue and Mome Fromage were all real people from that era.

For the character of Toulouse-Lautrec, describe how you translated his real-life history to a character in this ballet and how you choreographed for his character.

Many people ask me about the character of Toulouse being portrayed by a dancer – he was a crippled individual, with a genius mind. When choreographing the dance for Toulouse, I wanted the audience to see the amazing and beautiful things going on in his mind – which is translated through dance. It would have been easy to make his choreography twisted and deformed, but then we would never see the beauty behind what was in his mind.

How does classical ballet movement translate to the cancan, tango and overall movement vocabulary of Moulin Rouge® – The Ballet?

The Cancan had to mixed with classical ballet, which took a lot of trial and error with cross pollinating the movements. The tango sections are very close to traditional Latin tango with a few balletic twists thrown in – the rest of the movement really came from the musical score and what the composers dictated with the selections.

Moulin Rouge® – The Ballet has toured consistently since its 2009 premiere. How would you describe PBT’s interpretation of the production; do you tweak any parts of the show based on the artists you’re working with?

I always do a certain amount of manipulation and collaboration with a new cast of artists – I believe that no two dancers should dance any role exactly the same way – there must be an individual “fingerprint” for each artist. Sometimes those changes are very minute, sometimes quite dramatic. This production has some new changes overall never seen before, and some of the changes are to give the new cast members an identity they can work with and expand the more they perform it.