Dracula kicks off Pittsburgh Ballet Theatre’s 2017-2018 Season with a dark, beautiful ballet perfect for Halloween weekend. Here are our top six reasons it will give you goosebumps. 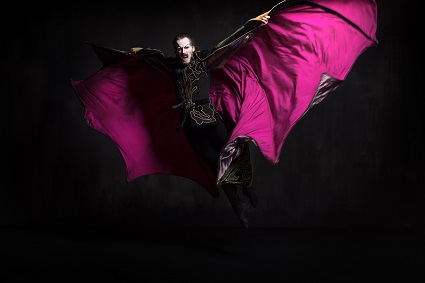 1. The ballet is inspired by Bram Stoker’s 1897 gothic novel – the granddaddy of all vampire dramas.

The ballet tells a dark, yet juicy love story. Dissatisfied with his undead brides, Dracula fixates on Svetlana, a young woman who’s head over heels for a mortal man, to satiate his thirst for fresh blood. His obsession traps Svetlana and her new fiancé Frederick, in a dangerous love triangle.

Tales of vampire-like creatures date back to ancient Rome, Greece and Egypt, but today’s depiction emerged during the 1700s in Eastern Europe: evil spirits that lurked in graveyards, entering dead bodies and awakening them to an “undead” state. Along with attempts to explain the unexplainable, vampirism seems to find root in humans’ fear of dying and quest for immortality. Although vampire lore has existed for centuries, the image Stoker created has become the standard in pop culture and artistic interpretations around the world. 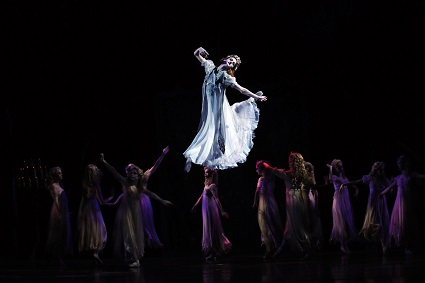 The choreography includes a spooky levitation scene for Svetlana and eerie flying sequences for Dracula and a few of his leading ladies. For the aerial scenes, choreographer Ben Stevenson recruited Foy Inventerprises (also know as Flying by Foy), the same experts who’ve given wings to film, Broadway and music stars, including Lady Gaga, Beyoncé and Taylor Swift. 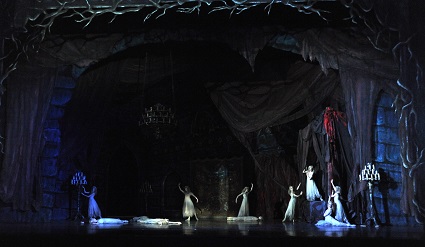 3. The New York Times says, “the sets, costumes and lighting are not just lavish but exquisitely beautiful and atmospheric.”

To depict 19th-century Transylvania (the central part of present-day Romania), both Boyd and costume designer Judanna Lynn studied the fictional world of Stoker’s novel and the traditional dress and architecture of the actual region. The ballet features three distinct scenes –  the crypt, the village and Dracula’s bedroom – and over 70 costumes. Most elaborate is the Count’s.

When Dracula fully unfurls his 30-pound cape, its bat-like edges reach an imposing wingspan of 23 feet. His brides wear tattered wedding gowns, streaked with the dirt of the grave and adorned according to the era they became vampires.

For the scenery, Boyd said, “The works of 19th century German painter Caspar David Friedrich are very evocative of the feeling and style that I was seeking. In his work, there is a sense of immortality, of timelessness, of an energy that transcends time.  And it is this feeling that I am seeking to evoke in setting the scene for the ballet.” 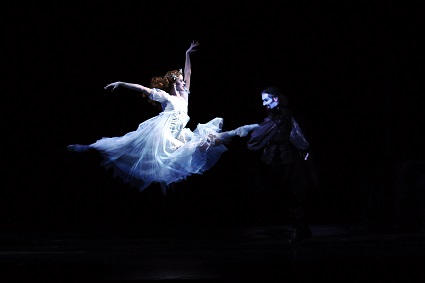 4. The dancing has teeth (and so do the dancers).

Some say the ghostly corps de ballet scenes, with 18 swirling vampire brides, reminds them of a spin on Giselle’s veil-wearing Wilis, zombie-like maidens jilted before their wedding days. Although the choreography is worlds away, choreographer Ben Stevenson employs similar “ballet en blanc” conventions for the corps of vampire brides: all-white wardrobe and unified movements.

Meanwhile, in the village, normal life goes on, with bright folk dances and joyful variations for the newly engaged Svetlana and Franz…at least until Dracula crashes the party and abducts the belle of the ball. As Boyd puts it, “This is not your typical ‘happy peasants in the village scene.’ There’s a classic dichotomy here: These peasants live near Dracula’s castle, under the shadow of evil.” 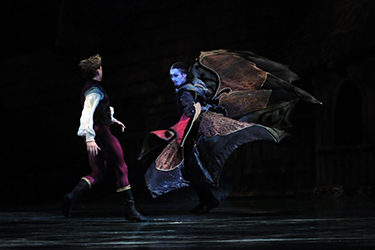 Garlic, crosses, stakes – the villagers try it all in their quest to rescue Svetlana from the Count’s clutches.

But a vampire’s ultimate kryptonite is sun exposure, so PBT pulls out the pyrotechnics for the Count’s final blaze of glory and Svetlana’s only saving grace. Keep your eye on the chandelier. 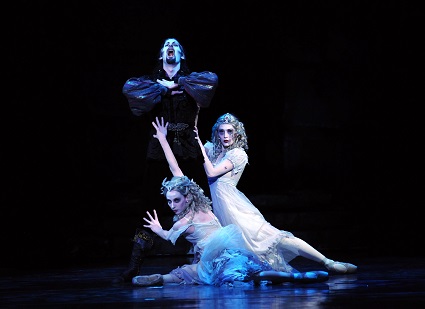 6. Franz Liszt’s Dance of the Dead inspired Ben Stevenson to set the choreography to this composer.

Liszt took the melody for this music from a 13th-century Gregorian chant called the Dies Irae, a piece of music that has been adapted for many works, including film scores for The Shining and even The Lion King. Hear some of this theme in the Dracula trailer.  Another musical highlight is an Act I dance with two brides and Dracula to The Lugubrious Gondola (1882), an atonal work Liszt originally wrote for a funeral procession. Stevenson and John Lanchbery, the renowned music arranger and ballet conductor, chose the music of this famous 19th-century Hungarian composer and pianist, because they thought it was capable of creating the “atmosphere of terror” that descends on this 19th-century Hungarian village.

Experience all the chills for yourself! Dracula returns Oct. 27-29, at the Benedum Center with tickets starting at $28. Get yours now.