PBT’s May 4-6, production of UPMC Presents West Side Story Suite + In The Night + Fancy Free is part of a nationwide, year-long celebration of the 100th birthdays of choreographer Jerome Robbins and composer Leonard Bernstein. They collaborated on several important works, including the ballet Fancy Free (the basis for the hit musical On the Town) and the Broadway and film sensation, West Side Story. 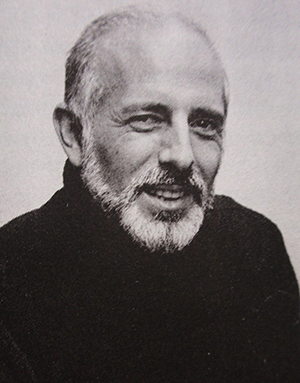 Here are five things you should know about Jerome Robbins, the dance icon behind PBT’s season finale production of UPMC Presents West Side Story Suite + In The Night + Fancy Free:

1. He started young. Jerome Robbins was just 24 years old when he began choreographing his first ballet and claim to fame, Fancy Free, which later inspired the Broadway hit On the Town. At the time, Robbins was still dancing as a founding company member of Ballet Theatre (now American Ballet Theatre) and had to create the ballet on the fly – between stops, on the tour bus and in hotel lobbies. Fancy Free was an instant sensation, sparking 22 curtain calls at the time of its premiere. In the ballet Robbins and Bernstein (and designer Oliver Smith) capture a moment in wartime New York that they – and the original audience – were all living in. Smith’s spare and wistful set design and Bernstein’s jazzy score create an atmosphere that is – to this day – undeniably American. Robbins’ first try at professional choreography signaled his genius for natural, spontaneous movement that adeptly reveals character and relationships.

2. He was an iconic choreographer in ballet…Following his choreographic debut at American Ballet Theatre, Robbins joined New York City Ballet and quickly ascended to the post of associate artistic director, working alongside George Balanchine. With the exception of brief sabbaticals, Robbins worked with NYCB from 1949 until his death in 1998 and created many of his great works there. Among the more than 60 ballets he created during his career are Fancy Free, Afternoon of a Faun, The Concert, Dances At a Gathering, In the Night, In G Major, Other Dances, Glass Pieces and Ives, Songs, which are in the repertories of New York City Ballet and other major dance companies worldwide. His final ballets include A Suite of Dances created for Mikhail Baryshnikov (1994), 2 & 3 Part Inventions (1994), West Side Story Suite (1995) and Brandenburg (1996).

3. And on Broadway. In addition to his work in the ballet world, Robbins is world renowned for his work as a director and choreographer in theater, movies and television. His Broadway shows include On the Town, Billion Dollar Baby, High Button Shoes, West Side Story, The King and I, Gypsy, Peter Pan, Miss Liberty, Call Me Madam and Fiddler on the Roof. His last Broadway production, Jerome Robbins’ Broadway (1989), won six Tony Awards including best musical and best director.

4. He is an icon in dance with the awards and accolades to back it up. In addition to two Academy Awards for the film West Side Story, Robbins has received five Tony Awards, including best choreography for West Side Story, five Donaldson Awards, an Emmy Award, the Screen Directors’ Guild Award and the New York Drama Critics Circle Award. Robbins was a 1981 Kennedy Center Honors Recipient and was awarded the French Chevalier dans l’Ordre National de la Legion d’Honneur.

5. He worked with one of our own. PBT Artistic Director Terrence S. Orr remembers Jerome Robbins as exacting, intuitive and genuinely genius. Over his three decades with American Ballet Theatre, first as a principal dancer and then as the company’s ballet master, Orr worked repeatedly with Robbins – in the studio as a dancer and later as a repetiteur for his works. “I’ll never forget Jerry’s genius for the details that make a masterpiece,” Orr said. “Fancy Free, in particular, holds a special place in my heart. I had the privilege of learning one of the sailor parts from original cast member John Kriza and dancing the role for many years with ABT. We plan to do Jerry proud with this program.”

And to think: In the 1930s, Robbins intended to study either chemistry or journalism at New York University until the Depression depleted his family’s ability to support his education. It was then that Robbins returned to his early aptitude for music, dancing and theatrics. The rest is Broadway and ballet history.

Experience the PBT premieres of three Robbins masterworks in UPMC Presents West Side Story Suite + In The Night + Fancy Free on stage with the PBT Orchestra May 4-6, at the Benedum Center. Get your tickets here.